“When you’ve grown up in India, why would you want to live anywhere else?” 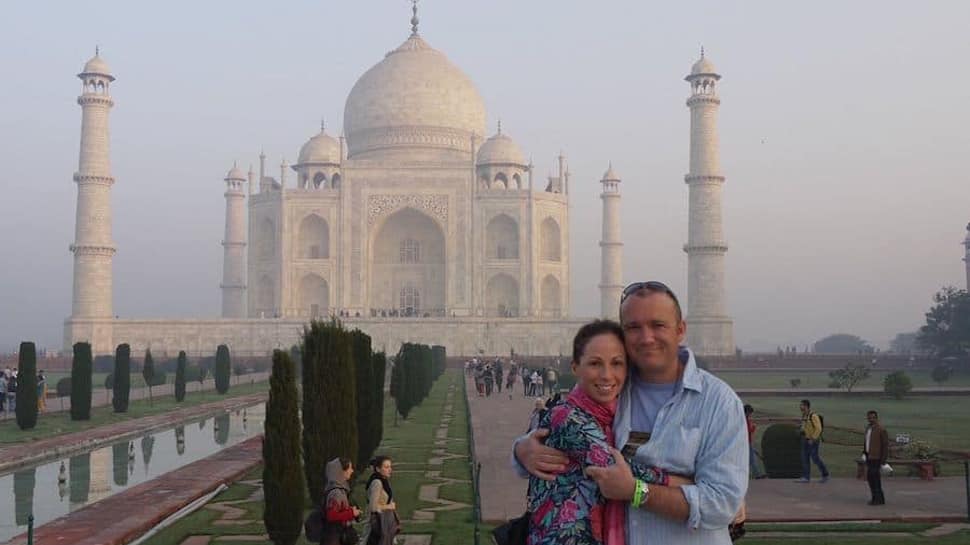 “When you’ve grown up in India, why would you want to live anywhere else?”

Danny is a Cardiff resident, born and raised. He’s traveled to India four times. “Wonderful country. I mean it. Truly hospitable people. I’ve had a wonderful time on all my trips and I want to return.”

We’re talking in a long line for beer that takes forever to move. When Danny finds out I was born and raised in India, we get talking about the country. He’s been to Goa, Delhi and Agra.

“My wife and I took the train. You want to see India, best way is by train,” he says. “I remember seeing the Taj Mahal for the first time. It’s a thing of beauty. It leaves you speechless. What history. I really enjoyed Agra. Goa’s fun too. Too many Russians, though.”

Here, Danny shows a photo of his wife standing with a few Indian soldiers during one of their trips. The admiration for India is palpable in his voice.

Danny is an avid football fan but enjoys cricket and rugby. The talk, naturally, veers to cricket. Danny remembers Sophia Gardens as a very different ground to the one we’re standing inside today. He can reel off names of big Glamorgan cricketers with ease.

“Alan Jones, Robert Croft, Matthew Maynard, Hugh Morris. There’s a rich history of Glamorgan cricket. Viv Richards played for us. That’s when we won the one-day trophy. Ravi Shastri played for Glamorgan, and Waqar Younis. Now he could bowl. He helped us win the County Championship in 1997.”

He relates a cheeky story of Waqar. One of his mates, a policeman, once pulled Waqar over for driving while under the influence. “This was while Waqar was here playing for Glamorgan. I heard about it and was like “do you know who that is? That’s f*****g Waqar Younis!” My mate didn’t care. What a bowler, Waqar. Oof.”

Danny says he nearly became a writer. I ask what he would have wanted to write on. “Anything, really. My mum used to be a journalist.”

He hopes to go back to India again, a country he feels a connect to because of its culture and people. It’s fun to be on the road, of course, but what adds to the charm of traveling to cover cricket is meeting people like Danny.

Rajesh Tandon and his son Suheil travelled from Delhi to England in 1999 to watch two matches of the World Cup, the last one to be held in England until this year. A relative in England entered the lottery that the ICC had set up in 1998, and they got tickets to Australia vs Zimbabwe at Lord’s and India vs New Zealand at Trent Bridge.

Two decades later, father and son are back in England for the 2019 World Cup. A year ago, Suheil applied for tickets via the ICC lottery and this time he and his father managed to get four games. The Tandons begin their brief World Cup journey in Cardiff for New Zealand vs Sri Lanka.

Rajesh, the founder of the Society for Participatory Research in Asia, an international centre for learning and promotion of participation and democratic governance, enjoys traveling and regales with stories of his countless trips to the UK.

Suheil, founder of ProSport Development, an award-winning social enterprise dedicated to using sport for the development of children and youth, studied at Loughborough. During his time as a student, he played for Loughborough MCCU along with Sam Billings, the England batsman, and Scotland wicketkeeper Matthew Cross, and for Spondon Cricket Club which is part of the Derbyshire Premier League.

The Tandons both love their cricket, of course. Shortly before Sri Lanka are bowled out for 136, Rajesh tells Suheil that New Zealand have bowled too many wides to add free runs onto their opponents’ total.

Suheil, with a smile, replies: “Pops, you should some see our cricket team on the weekends in Delhi and Noida.”

Robert Read was 14 when he last sat in the stands at Sophia Gardens. It was 1973, and in his own words the stadium looked “very, very different”. Robert grew up in Cardiff, but has not been back to Sophia Gardens in

Robert was 14 in 1969 when Glamorgan first won the prestigious County Championship for the second time (the first was in 1948). He was seated in the stands on September 5 when Glamorgan beat Worcestershire by 147 runs – this, after their Pakistan recruit Majid Khan scored 156 on tough surface – and can remember the final wicket falling.

“It was an excellent atmosphere, truly fantastic. I still remember the fielder in the deep settling under the ball and taking the catch that won Glamorgan the Championship. I was hardly a few feet behind him. Back then we had a very close view,” recalls Robert.

Robert is back at Sophia Gardens watching game three of the 2019 World Cup, for the first time in nearly 46 years. Seated next to his daughter Edith, who is at her first cricket match, he is enjoying the atmosphere thoroughly.

When New Zealand fast bowler Lockie Ferguson cranks up the pace and bounces Sri Lanka captain Dimuth Karunaratne, Robert is impressed at the pace. After Mitchell Santner tumbles forward in a stunning effort to try and catch Karunaratne off a top-edge, Read marvels at the athleticism of modern-day cricketers.