Abu Dhabi to host T10 league for next five years

A five-year agreement with the organizers of the T10 Cricket League has been signed with the 2019 season to start from October 23. 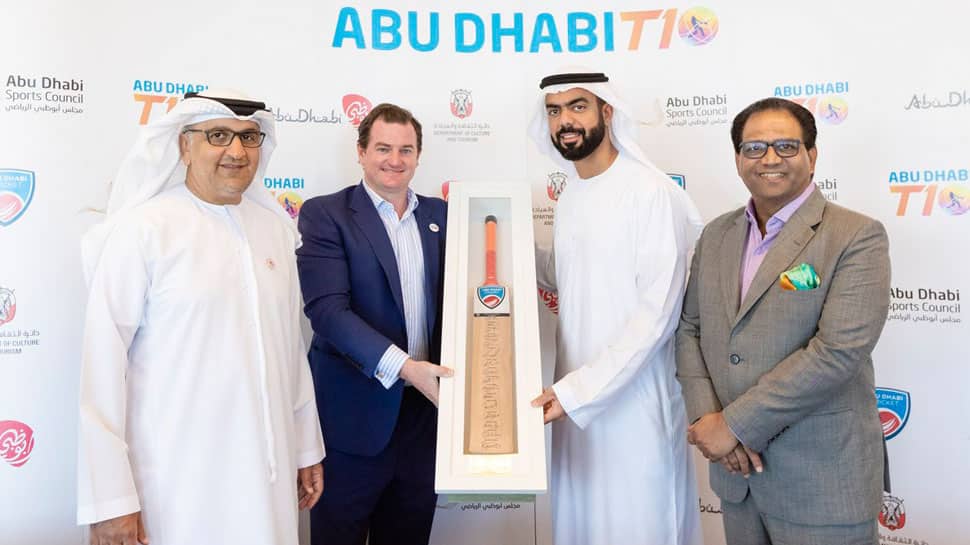 The Zayed Cricket Stadium in Abu Dhabi will be the new home of T10 cricket for the next five years, starting with the 2019 season.

Abu Dhabi Cricket (ADC), in partnership with Abu Dhabi Sports Council (ADSC) and the Department of Culture and Tourism Abu Dhabi (DCT Abu Dhabi), has signed a five-year agreement with the organizers of the T10 Cricket League.

The shortest form of the game will now be played exclusively at Zayed Cricket Stadium.

To announce the arrival of the new partnership, a T10 match was organised on the seafront of Abu Dhabi's iconic Corniche, with T10 aces Colin Ingram, Andre Fletcher and Luke Ronchi having a bat on the beach.

Saif Saeed Ghobash, Undersecretary of DCT Abu Dhabi, said, "Our city is a major global hub with a huge variety of attractions that cater to people of all ages and backgrounds, and the T10 tournament's presence the city for the next five years represents an exciting opportunity to attract even more visitors from around the globe, especially those from India who represent one of DCT Abu Dhabi's key markets."

"T10 is fast, punchy, exciting cricket, making it perfect viewing for those of us living in the UAE," said Aref Al-Awani, General Secretary of Abu Dhabi Sports Council.

"The decision to host T10 in Abu Dhabi is a fitting demonstration of our strategic investments in sporting infrastructure, such as training facilities and match stadiums which we've been making over recent years."

"Through bringing T10 to the capital of the nation, we hope cricket's sporting potential can reach more audiences and introduce more players, young and old, to both cricket and to the wider forms of sport available in Abu Dhabi," Al Awani said.

T10 was first introduced to the UAE in 2017. With eight squads vying for victory in games with an explosive pace, players featured have included Chris Gayle, Shoaib Malik, Shane Watson and Pakistan captain Sarfraz Ahmed.

Shaji Ul Mulk, Innovator and Chairman of the T10 League, said, "T10 has landed onto the global cricket scene, and this combined partnership with Abu Dhabi Sports Council, DCT Abu Dhabi and Abu Dhabi Cricket gives T10 a major boost in establishing itself as a credible international form of the game."

Australian Shane Watson, who captains the Karachians, said, "T10 is one of the fastest evolving forms of cricket and fans obviously love it. The move of the league to Abu Dhabi is a great idea as the pitches in Abu Dhabi are beautifully maintained and as I've mentioned before, the conditions are the closest to those in Australia."