Hales, who was also handed a fine of five percent of his annual salary besides the ban, will now also be available for selection in the Nottinghamshire squad for the rest of the white-ball season. 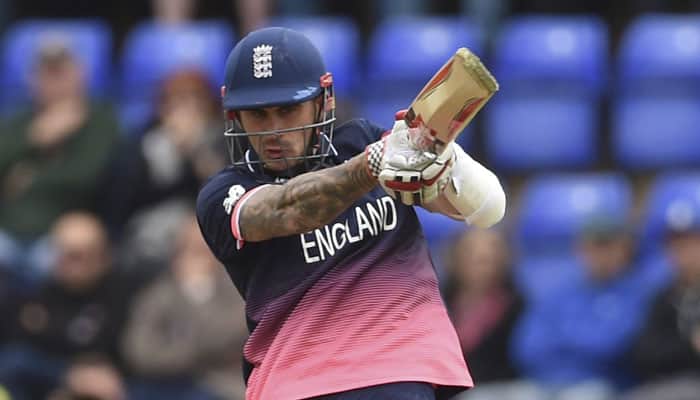 England batsman Alex Hales, who was handed a 21-day ban after being tested positive for recreational drug use, is all set to make a return for his English county side Nottinghamshire during their clash against Durham in One-Day Cup on Friday.

Earlier this week, the 30-year-old was withdrawn from the 15-member national squad for the International Cricket Council (ICC) World Cup, which is slated to take place from May 30 to July 14 at the United Kingdom.

Besides this, the England and Wales Cricket Board (ECB) had also dropped Hales for the lone ODI against Ireland on May 3 and the subsequent limited-overs fixtures against Pakistan in May after being provisionally banned for recreational drug use.

However, Nottinghamshire recently released a statement, stating that it is in the best interests of all concerned that Hales gets back to playing cricket as soon as possible.

"The meeting was open, honest and constructive and a way forward was agreed between both parties. Alex has expressed a great deal of regret and contrition for his actions and he has ultimately paid a heavy price," the ICC quoted Nottinghamshire as saying.

"He accepts that the position he finds himself in is of his own making. He knows he has a long road back to redeem himself in the eyes of many people, but that now has to be his aim. After much deliberation, we believe it's in the best interests of all concerned for him to get back to playing cricket for Nottinghamshire as quickly as possible," the statement from the county added.

Meanwhile, Nottinghamshire head coach Peter Moores said that he wants Hales to react to the latest developments in his career in the right way.

"I'd like him to be involved. Anyone who misses out on a World Cup is going to be very disappointed," he said.

Hales, who was also handed a fine of five percent of his annual salary besides the ban, will now also be available for selection in the Nottinghamshire squad for the rest of the white-ball season.

Following Hales' exclusion,  Ben Duckett and Dawid Malan were included in the squad for lone ODI against Ireland and subsequent T20I against Pakistan, while James Vince was called up for England's five-match ODI series against Pakistan from May 8.

Earlier this month, Nottinghamshire had announced that Hales had made himself unavailable for selection for personal reasons and that no timetable has been set for his return to action.