Eoin Morgan, who was coming into the match following a back spasm, came on to bat after the dismissal of England opener Jonny Bairstow, who returned to the pavilion after scoring 90 runs. 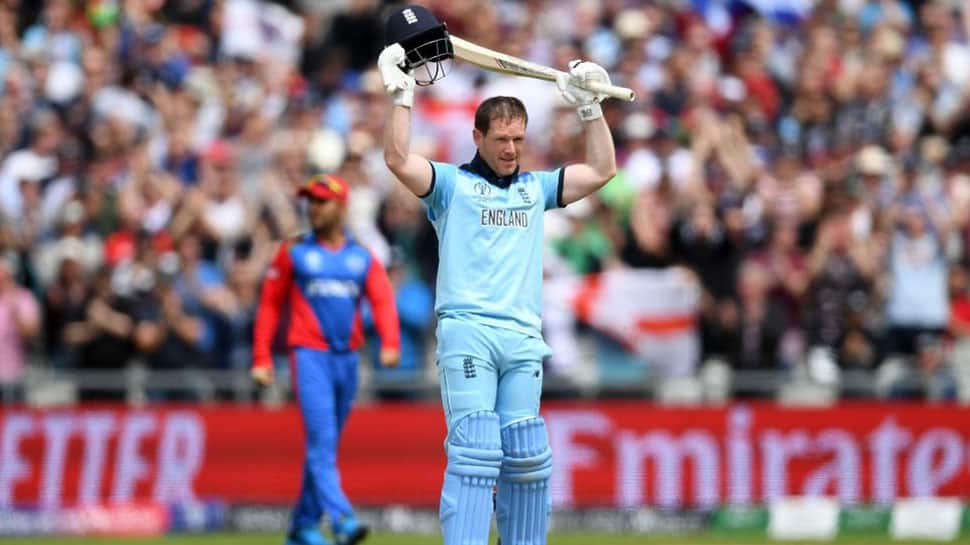 England captain Eoin Morgan toyed with Afghanistan bowling attack in the 24th match of the ICC Cricket World Cup 2019 at Old Trafford on Tuesday, htting 17 sixes to become the batsman with most number of sixes in an ODI innings.

Morgan hit a blistering 148 runs off 71 balls as England went on to score a mammoth total of 397-7 in their allotted quota of 50 overs. England team hit 25 sixes during the innings, which is again a world record. The hosts broke their own record of 24 sixes in an ODI innings. Morgan, who was coming into the match following a back spasm, came on to bat after the dismissal of England opener Jonny Bairstow, who returned to the pavilion after scoring 90 runs.

During his record-setting innings, Morgan hit boundaries from square leg to long off and picked off Afghan bowlers with complete ease. The England skipper reached to his century off just 57 deliveries, the fastest by an English batsman in World Cups. Along with 17 sixes, Morgan also hit 4 fours, which sent a clear message that the England skipper has a penchant for clearing the boundaries.

Morgan was appointed England captain before the 2015 World Cup and he deserves credit for transforming England into a world-beating ODI side in the last four years and making England one of the favourites to lift Cricket World Cup 2019.