Although Richardson suffered the injury while batting in the nets in Hyderabad last week, he trained on the eve of the second and final T20 International on Wednesday. 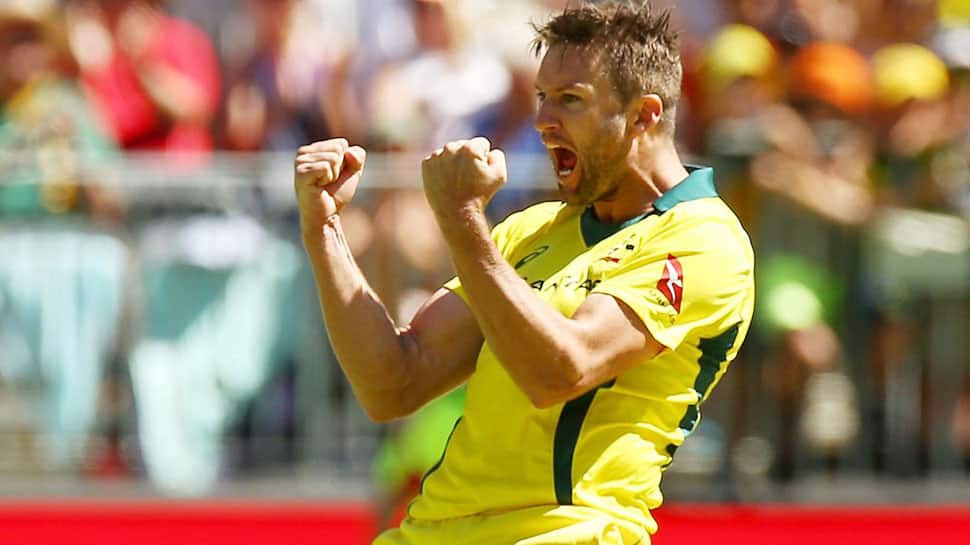 Australian fast bowler Kane Richardson was on Wednesday ruled out of the limited-overs tour of India due to a side injury, with IPL regular Andrew Tye replacing him in the squad.

Although Richardson suffered the injury while batting in the nets in Hyderabad last week, he trained on the eve of the second and final T20 International on Wednesday.

"Kane reported some pain on the left side during training prior to the opening T20I in Vizag," said Australia team physio David Beakley in a statement.

"Unfortunately he has not recovered well enough in order to play a further part in the tour. Kane will return home to continue his rehabilitation, and we (will) monitor his progress over the coming weeks."

Richardson's absence is a significant blow for the visitors who are already missing the services of injured pacers Mitchell Starc and Josh Hazlewood.

The 28-year-old from South Australia was in top form in the recently concluded Big Bash League, ending as the highest wicket-taker for eventual champions Melbourne Renegades.

The injury to Richardson provides an opportunity to Tye, who last played for Australia in the drawn home T20I series against India in November.

The 32-year-old from Western Australia has plenty of experience of playing in Indian conditions, having been part of IPL teams Chennai Super Kings, Kings XI Punjab and now defunct Gujarat Lions.

Australia, who have never been defeated in a T20I series, lead the two-match series 1-0. The T20s will be followed by five ODIs, with the first match in Hyderabad on March 2.