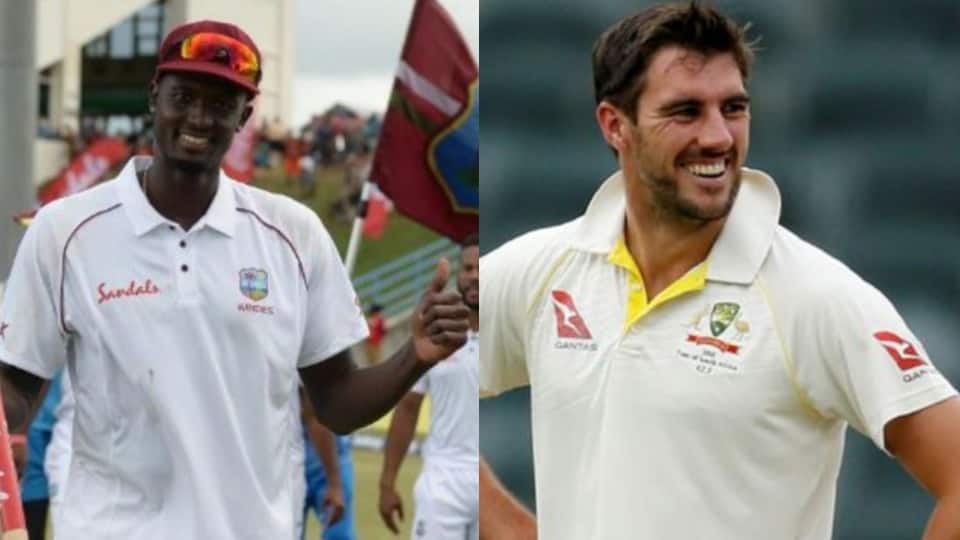 Holder’s five wickets in the Antigua Test have lifted him four places to a career-best sixth position after the Windies scored an impressive 10-wicket win over England to take an unbeatable 2-0 lead in the three-match series.

Holder, who last week became the first Caribbean player since ICC Cricket Hall of Famer Sir Gary Sobers to top the list of Test all-rounders, added another feather on his cap by reaching a tally of 778 rating points, the highest by any Windies bowler since the retirement of Courtney Walsh in 2001.

The Player of the Match in Antigua though was Kemar Roach, who grabbed four wickets in each innings. He was rewarded with a jump of eight slots to 12th position, just one place behind his compatriot Shannon Gabriel, who advanced one slot.

Meanwhile, Australian fast bowlers too have made a mark in the latest rankings update. Pat Cummins has reached a career-best second position after taking four wickets in the Canberra Test while new-ball bowler Mitchell Starc’s Player of the match haul of 10 wickets has lifted him 10 places to 15th position after the 366-run victory.

Other bowlers to improve in the latest rankings update include England's Moeen Ali (up two places to 28th) and Australia's Marnus Labuschagne (up 20 places to a career-best 54th).

For England, Jonny Bairstow’s first-innings half-century has helped him push up two places to 23rd position while wicketkeeper Ben Foakes has gained eight places to reach 64th in the list.

Meanwhile, there has been no change in the ICC Test Team Rankings led by India, which are updated at the end of each series.

Australia though have gained three points after winning the two Tests against Sri Lanka. They remain in fifth position with 104 points while Sri Lanka have lost two points but stay ahead of Pakistan with 89 points.

Sri Lanka, however, face the prospect of slipping behind Pakistan during an upcoming two-Test tour of South Africa should they suffer another series loss.

On the other hand, second-placed South Africa risk losing their second position, depending on how results pan out in that series as well as the last match of the Windies-England series in Saint Lucia.