MSD was speaking at the post-match ceremony after Chennai Super Kings defeated Kolkata Knight Riders by 27 runs in the final of IPL 2021 at the Dubai International Stadium. 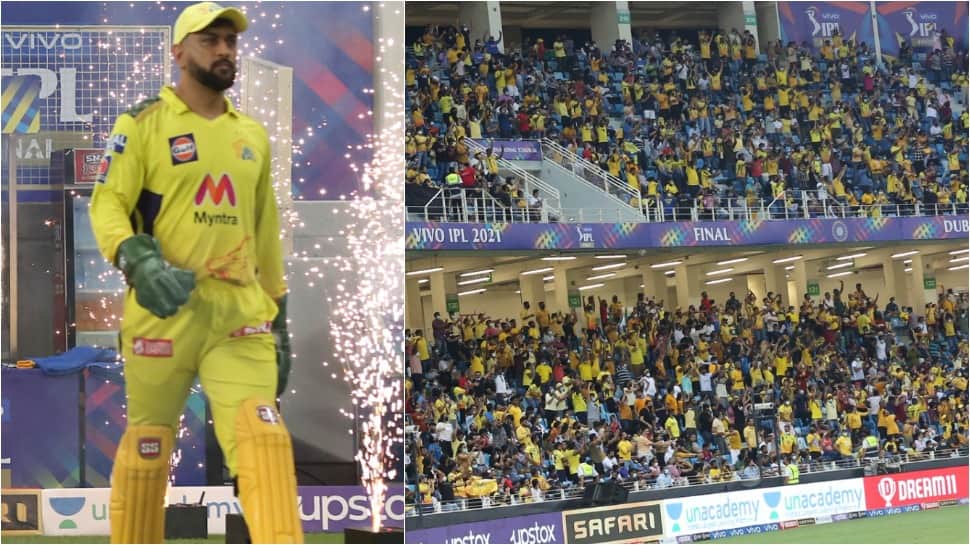 New Delhi: Mahendra Singh Dhoni on Friday (October 15, 2021) led Chennai Super Kings (CSK) to their fourth Indian Premier League (IPL) title win and thanked fans for always being in good number, irrespective of wherever they're playing. Speaking at the presentation ceremony after CSK defeated Kolkata Knight Riders by 27 runs in the final of IPL 2021 at the Dubai International Stadium, Dhoni also lauded KKR for the way they bounced back in the tournament.

Addressing the fans, 'Thala' expressed, "I'd love to thank them. Wherever we've played, even in South Africa, all the different places, we've always got a good number of CSK fans, that's what you crave for. You want people to admire the cricket we play. We are in Dubai now, it definitely feels like Chepauk, Chennai. Hopefully next year we'll be back in Chennai, and fans can come in big numbers."

Praising the Eoin Morgan-led side, MSD said, "Before I start talking about CSK, I feel it's important I talk about KKR. The position they were in in the first half, it's difficult to come back and do what they've done. If any team deserved to win this year's IPL, it is KKR. Huge credit to the coaches, team and support staff. The break really helped them."

The CSK skipper also stated that it's 'important to give strong performances' in the playoffs.

"It's important to give strong performances in knockout stages. Not letting the opposition in is something we consciously wanted to improve on. I hope in coming seasons, CSK will be known for that," he said.

Still I haven't left behind

MS Dhoni also pointed out that he still has not left behind his legacy and hinted that he might just play the IPL 2022 for CSK. For the next season, two new teams are set to come in.

"Again I've said it before, it depends on BCCI. With two new teams coming in, we have to decide what is good for CSK. It`s not about me being there in top-three or four. It`s about making a strong core to ensure the franchise doesn`t suffer. The core group, we have to have a hard look to see who can contribute for the next 10 years," Dhoni said.

Responding to Harsha Bhogale's "You can be proud of the legacy you have left behind", Dhoni said, "Still I haven`t left behind."

“I still haven’t left behind” #MSD #CSK IS AN EMOTION  pic.twitter.com/Zk8Ky4eqc8

Earlier in the match, Faf du Plessis` 86-run knock and a spirited bowling performance helped CSK clinch their fourth IPL title, having previously won the tournament in 2010, 2011, and 2018.