He is survived by his wife Claire and two children--Daisy and Rory. 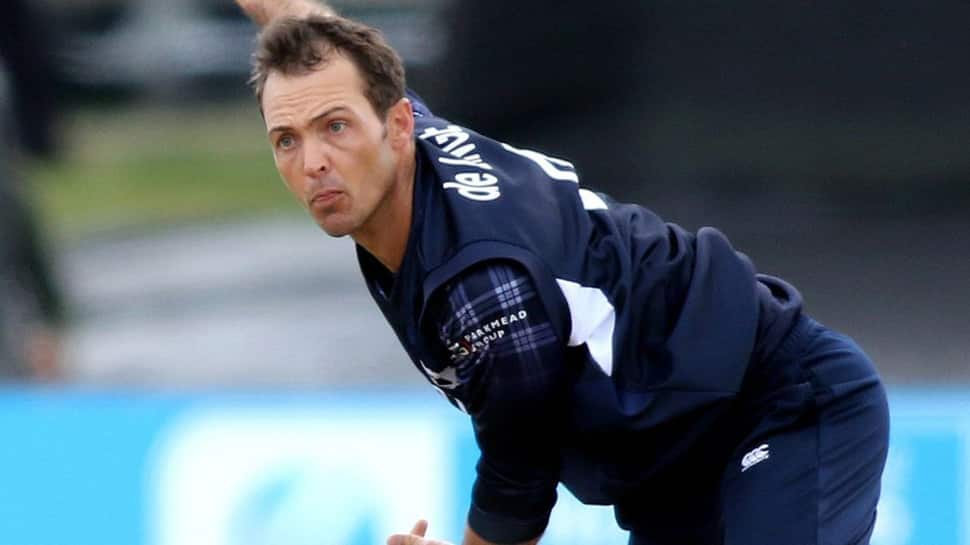 Former Scotland skipper Con De Lange has recently passed away following a long battle with illness. He was 38.

In late 2017, the former Northamptonshire all-rounder was diagnosed with a brain tumour after he fell ill while away on international duty.

He is survived by his wife Claire and two children--Daisy and Rory, cricket.com.au reported.

"Sad to hear of the passing of Con De Lange. Thoughts and prayers go out to his friends and family. RIP," he wrote.

Meanwhile, former Australian cricketer Jason Gillespie also expressed his grief, tweeting, "In a reflective mood remembering one of the nicest blokes I’ve ever had the pleasure of meeting.
Raising a glass to our friend Con de Lange.#RIPmate #Cohort14 #CricketFamily."

De Lange, who made his cricketing debut in his native South Africa in 1998, featured for Knights and Free State and for Northants for two years before he started playing for Ferguslie and Clydesdale in Scotland.

In June 2015, the South Africa-born cricketer made his international debut against Ireland and went on to play 21 matches for Scotland.

De Lange's most memorable moment came when he bagged his best figures of five for 60 in May 2017 to help his side beat Zimbabwe and clinch maiden ODI win against a Full Member.