ICC CWC 2019: India are scheduled to face Pakistan in the group stage of the World Cup 2019 in Manchester on June 16. 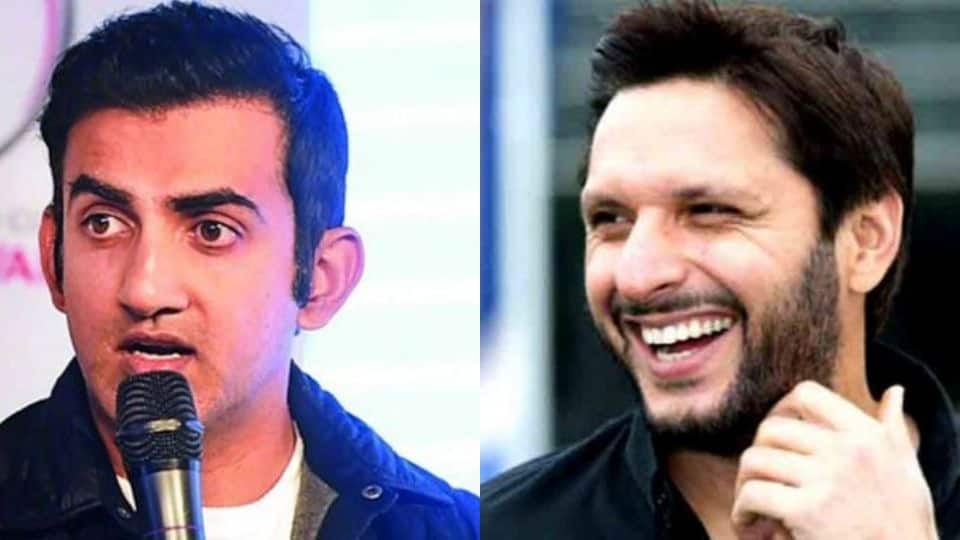 India are scheduled to face Pakistan in the group stage of the World Cup 2019 in Manchester on June 16.

In the wake of deadliest terror attack in Jammu and Kashmir's Pulwama district in February wherein at least 40 CRPF jawans were killed while several were left injured, many cricketers including newly-appointed Bharatiya Janata Party (BJP) MP Gambhir had asked the Indian government to cut all cricketing ties with Pakistan including the World Cup tie.

When quizzed about the same during a press conference, Afridi--who don't share good terms with Gambhir--slammed the former Indian opener by saying that the citizens of India had voted for a candidate who has no sense.

"Do you think it is sensible what Gautam Gambhir has said? Does this look like something which a sensible person would say? Do educated people talk like this?" Afridi said.

"They have voted for a person who has no sense," he added of Gambhir, who was recently elected from the East Delhi seat in the 2019 Lok Sabha elections.

Shahid Afridi responds to Gautam Gambhir's suggestion that India should forfeit any World Cup matches versus Pakistan "Does this look like something which a sensible person would say? Do educated people talk like this?" #CWC19 pic.twitter.com/wYgtoOMI5k

In March, Afridi--in his autobiography 'Game Changer' --had sarcastically referred to Gambhir as someone who "behaves like a cross between Don Bradman and James Bond," and has a "lot of attitude and no great records"

Gambhir later took to his official Twitter handle and hit back at Afridi, writing, "...You are a hilarious man!!! Anyway, we are still granting visas to Pakistanis for medical tourism. I will personally take you to a psychiatrist," Gambhir tweeted.

The former Indian opener had in March also urged the Board of Control for Cricket in India (BCCI) to either snap all cricketing ties with Pakistan, including multi-lateral events, or engage with the arch-rivals at every level as there cannot be conditional bans.

It is to be noted that the duo never shared a good rapport both and off-the-field. In 2007, the two players were also charged for breaching the ICC Code of Conduct during an ODI between the two sides in Kanpur.