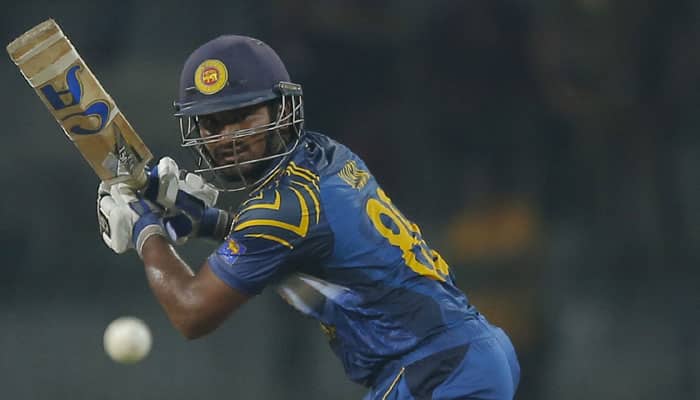 In a major blow to Sri Lanka, experienced batsman Kusal Perera has been ruled out of the remainder of the ongoing five-match ODI series and subsequent three-match T20I series against South Africa with a hamstring injury.

The 28-year-old sustained the injury while fielding during his side's third ODI in Kingsmead Cricket Ground in Durban which South Africa went on to win by 71 runs via Duckworth-Lewis method to take an unassailable 3-0 lead in the series.

Perera dived at mid-on in an attempt to stop a shot from South Africa's Faf du Plessis during the seventh over, but he ended up landing awkwardly and was subsequently forced to walk off the field.

However, the Sri Lanka Cricket (SLC) has decided not to send Perera's replacement for the rest of the South Africa tour.

Notably, this is the Sri Lankan batsman's third major injury in as many years. Perera was earlier forced to remain out of top-level cricket for several months after suffering a hamstring tear during 2017 Champions Trophy, ESPNcricinfo reported.

Besides this, he also endured a long lay off in 2018 due to another hamstring injury.