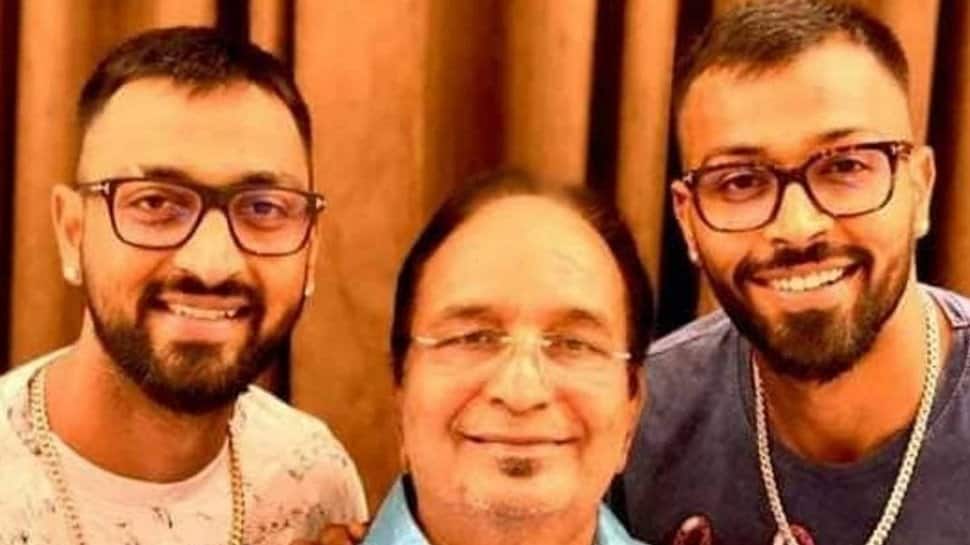 Hardik Pandya and Krunal with their father. (Source: Twitter/pandyaa75)
Share:
Written By:

Krunal, who was part of the Baroda team in the ongoing Syed Mushtaq Ali Trophy, has left the bio-bubble to be present with the family. As per a report in ANI, Baroda Cricket Association CEO Shishir Hattangadi confirmed the development.

Heartbroken to hear about the demise of Hardik and Krunal's dad. Spoke to him a couple of times, looked a joyful and full of life person. May his soul rest in peace. Stay strong you two. @hardikpandya7 @krunalpandya24

Krunal has so far featured in three matches in the ongoing domestic T20 league in which he picked a total of four wickets and scored a brilliant 76 against Uttarakhand.

Meanwhile, Hardik Pandya had returned to India after the completion of the limited-over series in Australia. The swashbuckling all-rounder was not included in India's Test squad as Hardik was not 100 per cent fit to bowl lengthy spells due to a back injury, which has hampered his stints in the senior national team.

Meanwhile, Krunal Pandya was leading Baroda in the Syed Mushtaq Ali Trophy 2021 campaign in Vadodara. Pitching in with all-round performances (4 wickets and 77 runs from 2 innings), Krunal had lead Baroda to the top of Elite C Group with 3 wins from as many games.