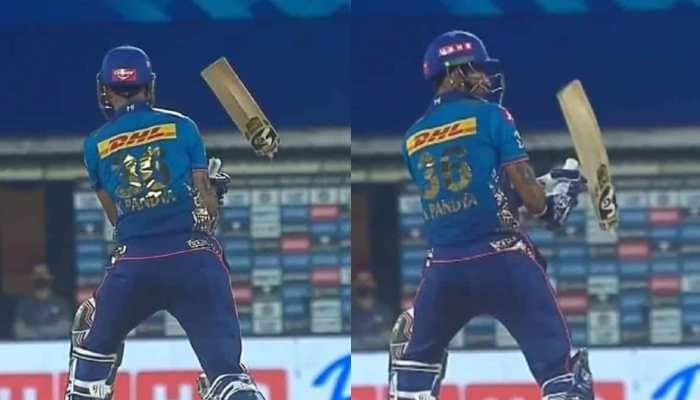 The incident took place in the 19th over of Mumbai Indians' innings when Jamieson, who is 6.8 feet tall, bowled the thundering yorker on the middle stump. 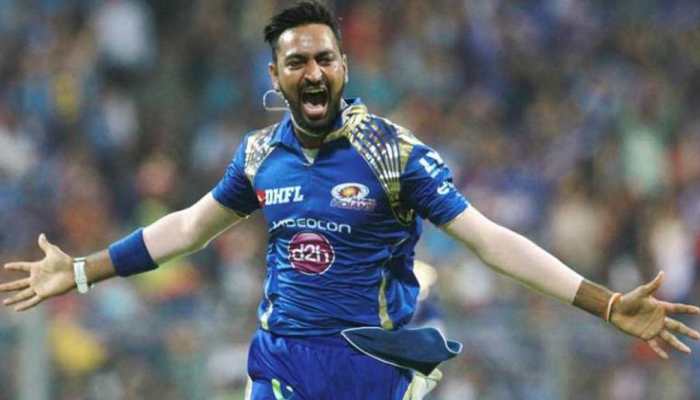 Krunal, who made his ODI debut last month, highlighted his father's role in his life and got emotional remembering his dad, who had predicted that the all-rounder will do good in cricket in the coming months. 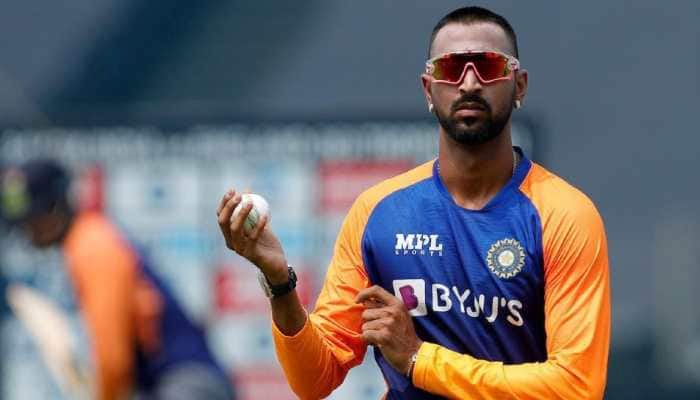 Krunal Pandya leaked 72 runs in just 6 overs in the second ODI against England which India lost by 6 wickets. Krunal Pandya might have scored 58 runs on debut, but Hardik did not have a good show with the bat as he managed to score just one run. 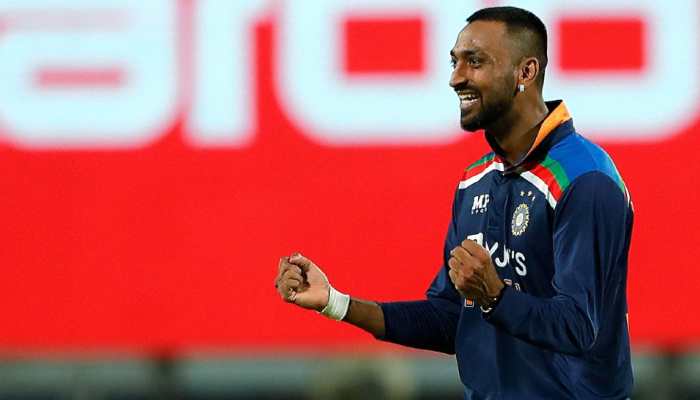 Krunal Pandya had an ODI debut to remember just a day before his 30th birthday. Krunal broke the world record for the fastest fifty scored on debut -- reaching the landmark off just 26 balls. The all-rounder became the 15th Indian batsman to hit a fifty-plus score on debut in ODI cricket. He is the first batsman since Faiz Fazal in 2016. He is also only the third India batsman to hit a fifty on debut while batting at No. 7 or below after Saba Karim and Ravindra Jadeja. Krunal, the elder brother of India all-rounder Hardik, lost his father in the month of January this year and dedicated his sensational knock to his late father. We take a look at some interesting facts about Krunal Pandya on his birthday. 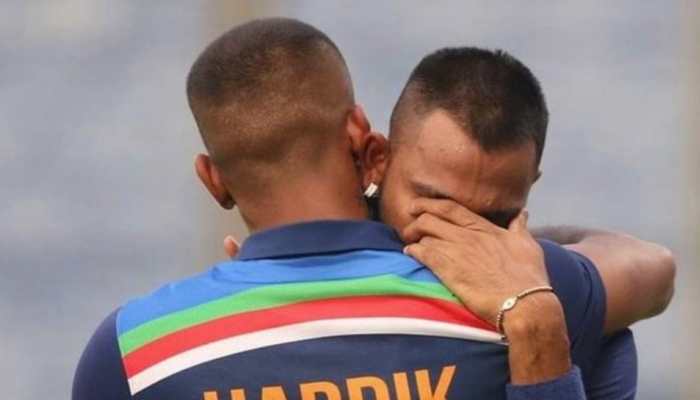 After his whirlwind knock, Krunal was unable to hold back his tears as he dedicated his record-breaking fifty to his late father during the mid-inning break. 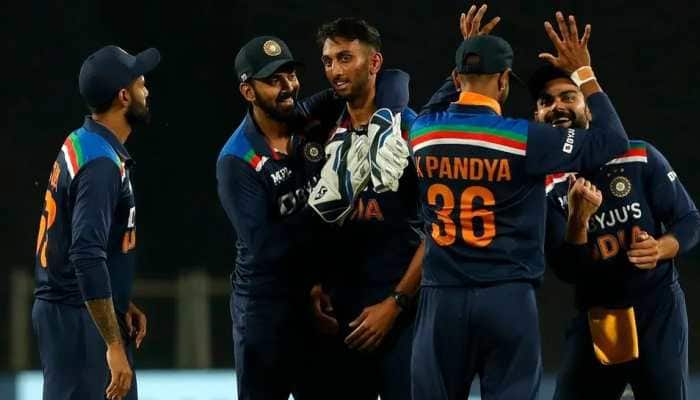 In Pics: India thrash England by 66 runs in 1st ODI

India rode on the superb performance by debutants Krunal Pandya and Prasidh Krishna to register a convincing 66-run victory over world champions England in the first ODI of the three-match series in Pune on Tuesday. 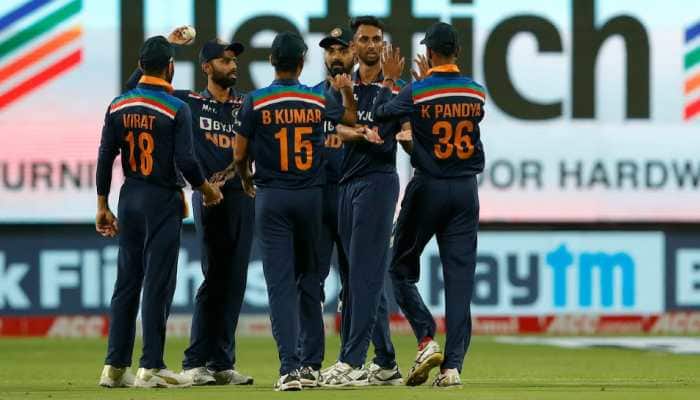 India rode on the superb performance by debutants Krunal Pandya and Prasidh Krishna to register a convincing 66-run victory over world champions England in the first ODI of the three-match series in Pune on Tuesday. 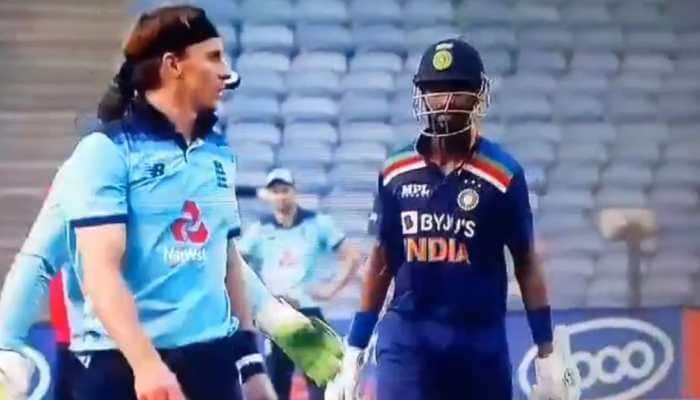 On the penultimate delivery of the 49th over, Krunal reached the bowler’s end after completing a single and Curran was seen saying something to the power-hitter which ended up rubbing him off the wrong way. 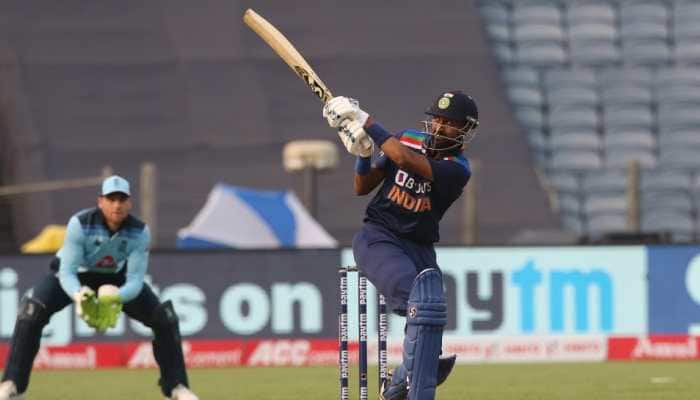 Krunal Pandya scored an unbeaten 58 off 31 balls on his ODI debut. 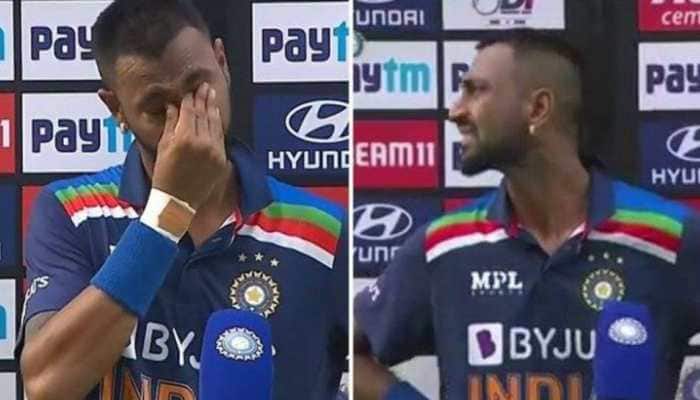 Speaking to the host broadcasters in the mid-innings break, Krunal said he dedicated the knock to his late father and ended up getting a bit emotional and was not able to say anything further. 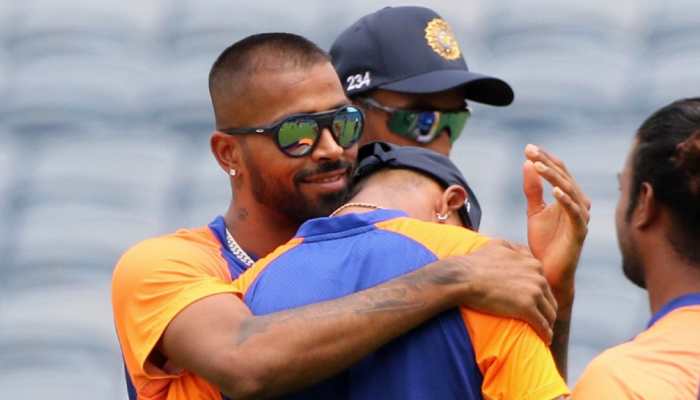 India vs England 1st ODI: Hardik and Krunal Pandya become first brothers to play together for India after 9 years 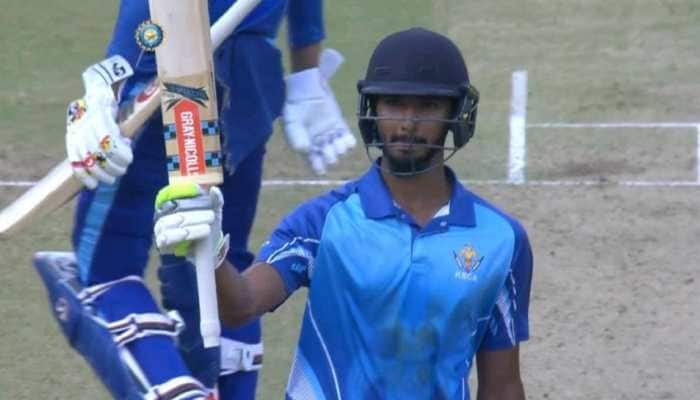 Vijay Hazare Trophy: Skipper Krunal Pandya's unbeaten 133 formed the cornerstone of Baroda's 13-run win over Chhattisgarh in an Elite Group A game of the Vijay Hazare Trophy in Surat on Friday, even as Atit Sheth blazed away to a 16-ball 51. 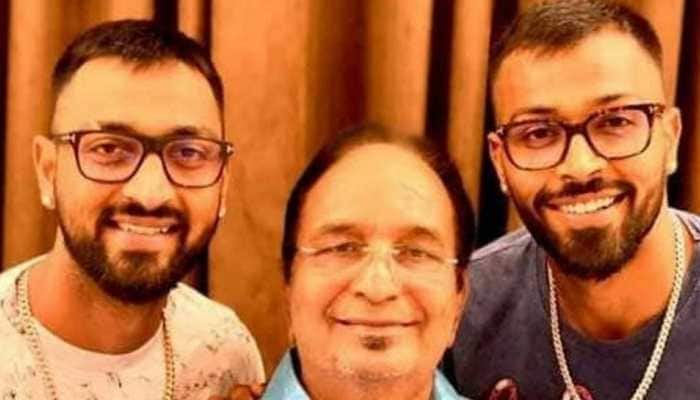 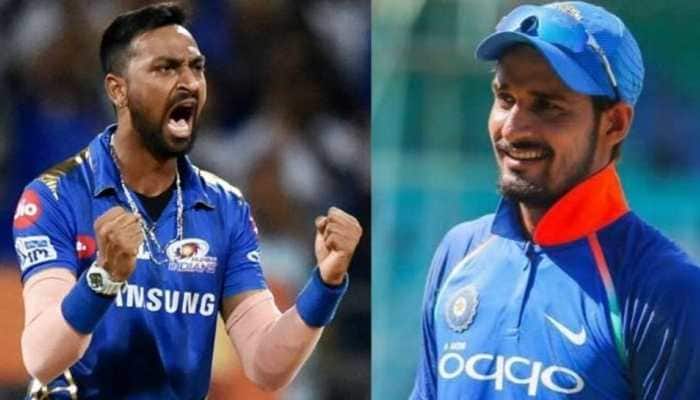 Deepak Hooda withdrew his participation after an argument with fellow teammate Krunal Pandya. 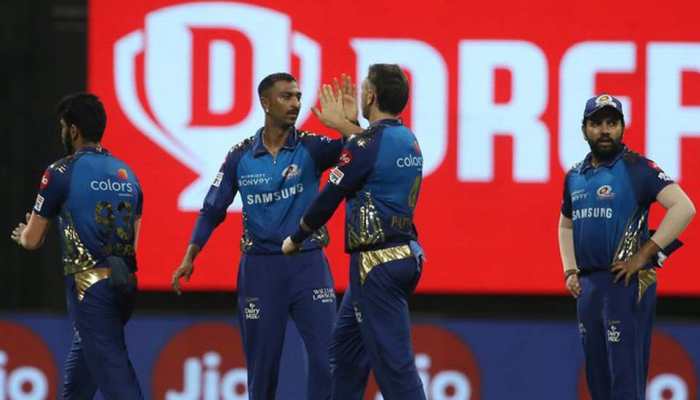 With Hardik Pandya not bowling at all and Kieron Pollard bowling limited number of overs this season, Krunal has been tasked with the job of playing the lead all-rounder's role. 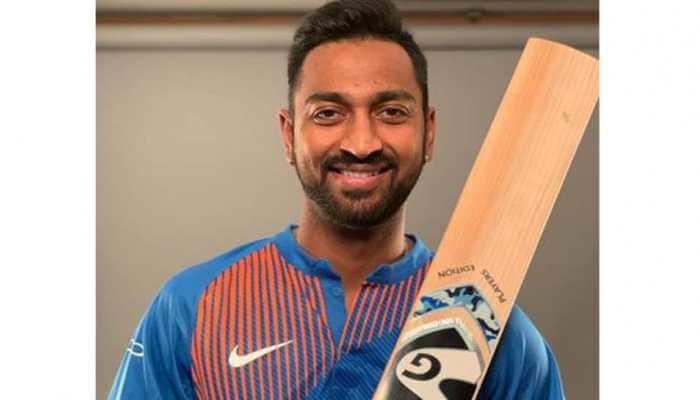 Pandya, who made his IPL debut in 2016 with the Mumbai-based franchise, has so far appeared in 55 matches and scored 891 runs besides taking 40 wickets. 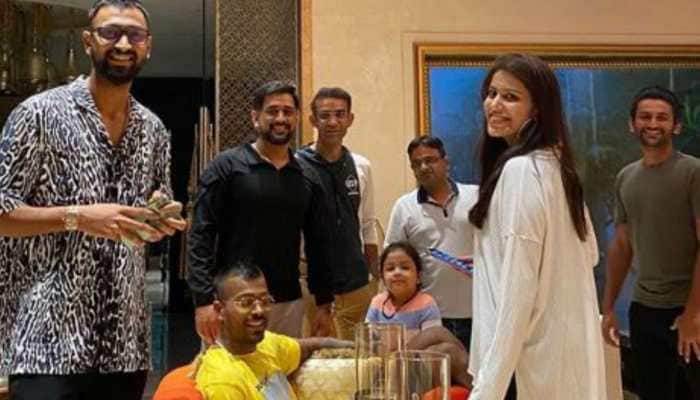 The picture features Dhoni, his daughter Ziva and cricketers Hardik Pandya, Krunal Pandya and his wife Pankhuri Sharma with other friends. 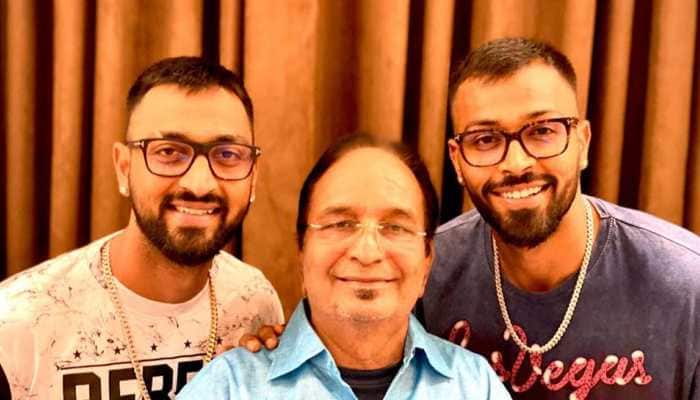 Hardik thanked his father for all the sacrifices he made while also vowing his dad to do whatever he could to keep him happy. 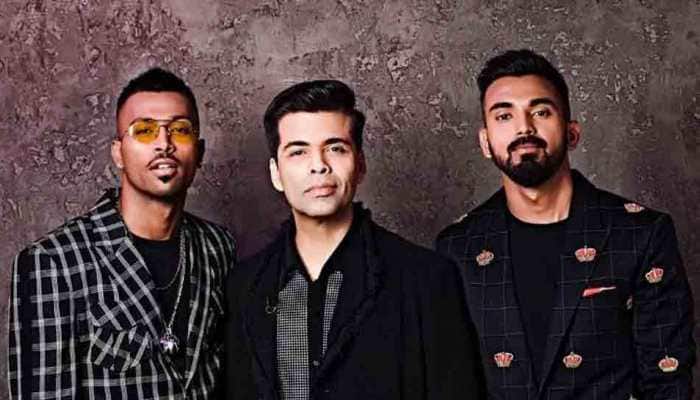 Coffee proved too costly for me, I drink green tea, says Hardik Pandya

Pandya was caught in a maelstrom of controversy in early 2019 due to his remarks on the chat show in which he had appeared with teammate KL Rahul.