The 25-year-old made his presence felt with the ball, picking two wickets while conceding 45 runs playing a key role in the hosts being ultimately bowled out for 243. 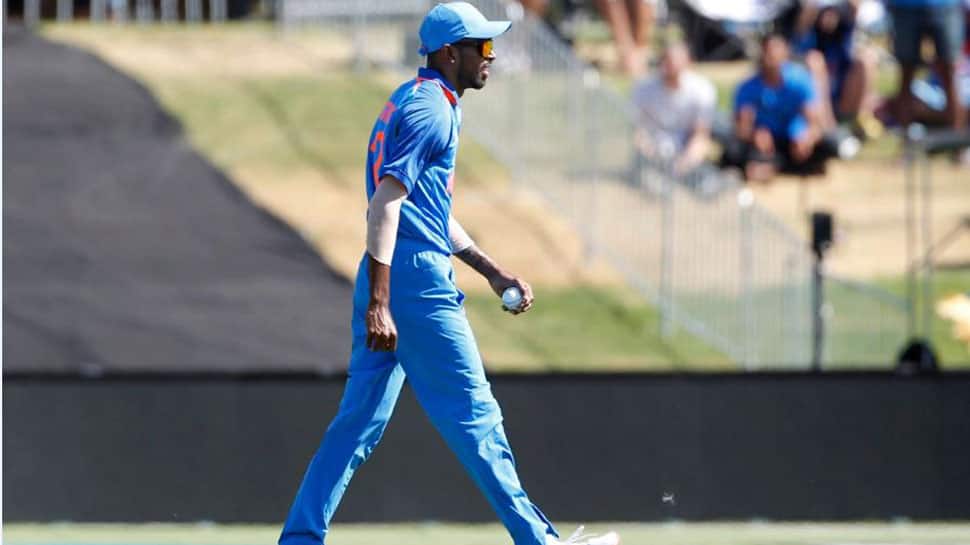 Indian skipper Virat Kohli on Monday hailed all-rounder Hardik Pandya for putting behind the recent controversy over his remarks on a talk show and focusing on his performance during India's seven wicket win against New Zealand in the third ODI at Bay Oval.

The 25-year-old made his presence felt with the ball, picking two wickets while conceding 45 runs, playing a key role as the hosts were ultimately bowled out for 243. New Zealand had earlier opted to bowl first after winning the toss.

"Good to have him back. He put his head down and focused on what he needed to do, you can tell from the way he bowled," ANI quoted Virat Kohli as saying.

Pandya and fellow cricketer KL Rahul were handed an indefinite suspension from cricket following their misogynistic remarks at a celebrity chat show. Pandya, who shared the couch with Rahul on the show, faced backlash for what netizens termed as `sexist` and `disrespectful` remarks on women.

A formidable Indian team chased down the target of 244 with much ado, as skipper Virat Kohli and vice-captain Rohit Sharma stitched a matchwinning 113-run partnership for the second wicket.

Kohli scored 60 runs off 74 deliveries in a knock comprising of six boundaries and a six, with Sharma accumulating 62 runs off 77 deliveries at the other end. The two sides will next battle it out in the fourth ODI at Seddon Park, Hamilton on January 31.