Natasa posted a clip on Instagram in which she can be seen doing catwalk to the famous song ‘Ride it’. 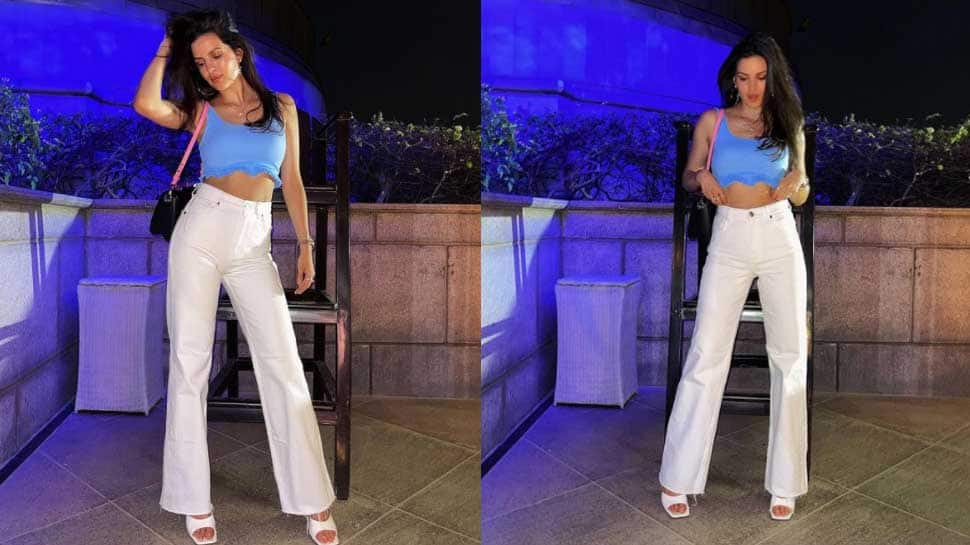 Actress-model and wife of Mumbai Indians all-rounder Hardik Pandya, Natasa Stankovic, set social media on fire once again with her hot catwalk in a new video posted on Instagram. On Saturday (May 8) evening, Natasa posted a clip on the platform in which she can be seen doing a catwalk to the famous song ‘Ride it’.

In a short clip, Natasa can be seen wearing a blue crop top and white flared pants as she walks like a supermodel in a slo-mo video. Not only this, but the Serb also poses in tremendous style while looking at the camera. The video has been liked by around 1 lakh fans.

Recently, Natasa was featured in her husband Hardik Pandya’s video on his Instagram handle. The clip also featured Hardik’s brother Krunal Pandya along with his wife Pankhuri Sharma. Hardik, Natasa, Krunal and Pankhuri were seen shaking a leg on the song Ay Rico Rico. All of them wore emoji T-shirts. While both Hardik and Krunal were sporting orange T-shirts, Natasa and Pankhuri wore a black T-shirt and light blue T-shirt respectively.

In his caption, Hardik wrote, "The Drew Crew." Natasa posted a picture of their group on her Instagram handle. In the photo, Natasa can be seen posing with Hardik, Krunal and Pankhuri. The picture was probably clicked at the same time when they recorded their dance video. Natasa wrote, "The Pandya's swag."