Have met and apologised to Andile Phehlukwayo, says Sarfaraz Ahmed

Sarfaraz had earlier issued a apology on Wednesday, insisting that his comments were not directed at anyone in particular. But on Thursday he met Phehlukwayo. 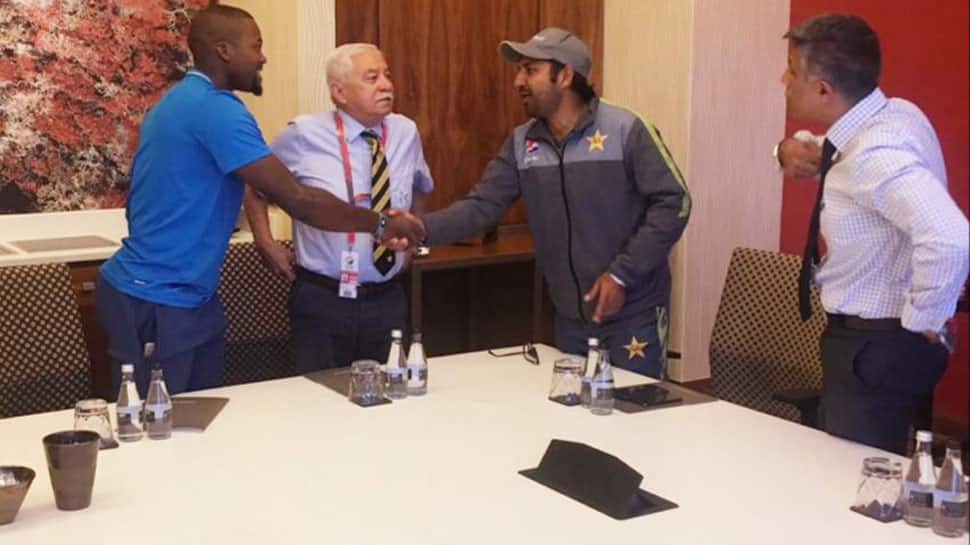 Sarfaraz was caught making racist comments by the stump mic in the 37th over of South Africa's run chase on Tuesday. South Africa eventually won the match by five wickets.

"Abey kaale, teri ammi aaj kahaan baitheen hain? Kya parwa ke aaye hai aaj (Hey black guy, where's your mother sitting today? What have you got her to say for you today)?" Sarfaraz was recorded as saying on the field.

His action had attracted widespread criticism with former Pakistan pacer Shoaib Akhtar asking him to apologise.

Sarfaraz had earlier issued an apology on Wednesday, insisting that his comments were not directed at anyone in particular.

The Pakistan Cricket Board too expressed regret over the alleged racist remarks made by the national team captain.

"The PCB neither endorses nor supports any comments that have the potential to cause offence, and firmly reiterates their zero-tolerance approach towards racist comments made; in whatever context," the PCB had stated.