The aggressive India opener Rohit Sharma, who has earned the nickname of ''Hit-man'' and ''run machine'', scored his third consecutive ton in the tournament when the team was chasing a target of 265 runs, set by Sri Lanka. 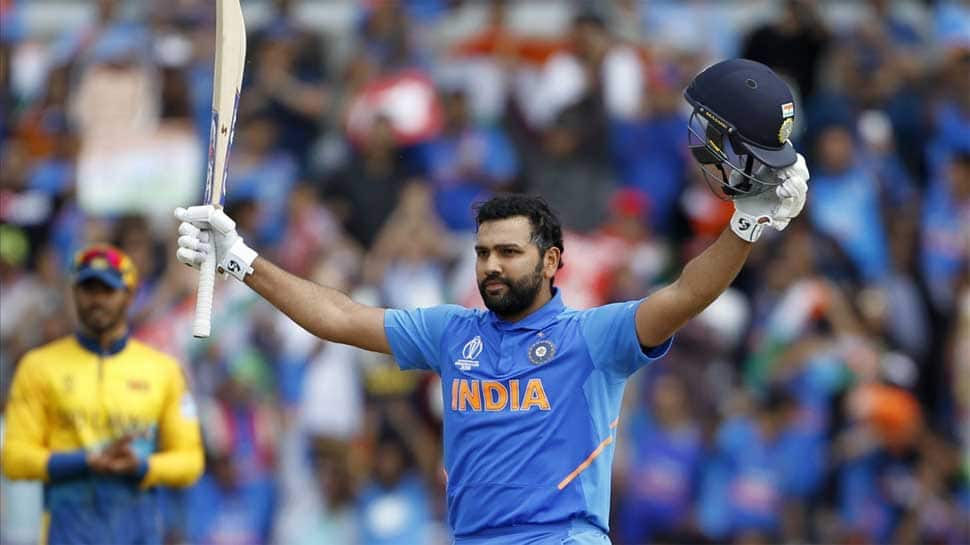 LONDON: Team India opener Rohit Sharma etched his name in the history books on Saturday by becoming the only batsman to score five centuries in a single edition of the ICC Men's Cricket World Cup.

The aggressive India opener, who has earned the nickname of ''Hit-man'' and ''run machine'', scored his third consecutive ton in the tournament when the team was chasing a target of 265 runs, set by Sri Lanka.

Only ten players have achieved this feat of smashing back-to-back three consecutive centuries in ODI.

Rohit's blistering knock, laced with 14 boundaries and eight sixes, helped the Men in Blue beat Sri Lanka by seven wickets in their last group stage clash of the marquee event at the Headingley Carnegie in Leeds.

Chasing a target of 265 runs, Rohit (103) not only pulled back his 27th One-Day International (ODI) ton but also stitched a mammoth partnership of 189 runs for the opening wicket with KL Rahul (111), who also brought up his maiden century of the World Cup, to help India cross the mark in 43.3 overs.

The Indian opener surpassed Sri Lankan legend Kumar Sangakkara's record for the most number of centuries in one edition of the mega event. Sangakkara had smashed four consecutive centuries in the 2015 World Cup.

Overall, it was Rohit's sixth hundred in World Cup career, thus drawing level with legendary Indian cricketer Sachin Tendulkar for most hundreds in the history of the cricket's showpiece event.

Not only this, Rohit also became only the fourth cricketer and second Indian after Tendulkar to notch up 600 runs in a single edition of the World Cup.

While picking up his Player of the Match award, the Indian opener said that he was not thinking about the milestones and was just focusing on taking the Men in Blue towards the finishing line.

"I wasn't thinking about milestones, my job is to keep my head straight and get the team towards the finishing line. When you are in, shot selection becomes very important, I try to calculate how I want to go forward, and it has paid dividends, You have to be disciplined in batting, and I've learned from my mistakes in the past," ESPNcricinfo quoted Rohit as saying.

"Every day is a new day, I start fresh, I try to think I've not played any ODIs, not got any hundreds in the tournament. The challenge as a sportsman is to keep your head straight," he added.

Sharma, after playing a knock of 103 runs, gave away an easy catch to Angelo Mathews off Kasun Rajitha`s delivery in the 31st over.

With this three-figure score, Sharma also surpassed Bangladesh all-rounder Shakib Al Hasan to become the highest run-getter in the tournament.

The Hit-man has now 647 runs under his belt.

Sharma and KL Rahul formed a 189-run partnership for the opening wicket which has put India on a dominating position as they need only 76 runs to win.