Malinga is playing his first ODI since November 2015. 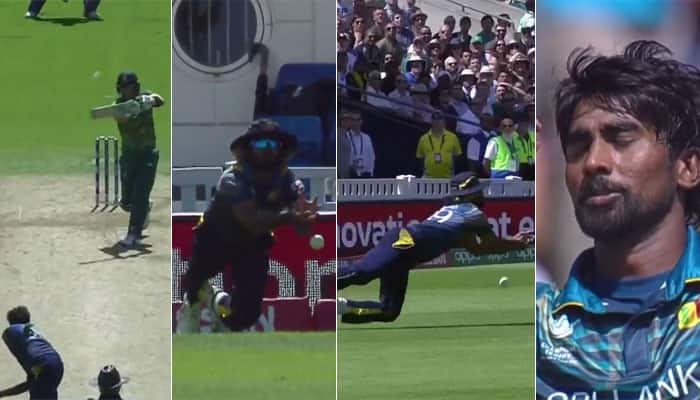 New Delhi: Experienced Sri Lankan Lasith Malinga made a mess of his fielding effort to give South African Faf du Plessis a life in their ICC Champions Trophy Group B match at The Oval on Saturday.

Malinga, 33, made his long-awaited return to ODI after being named in today's Sri Lankan XI. Stand in skipper Upul Tharanga won the toss and opted to bowl first in London.

The Proteas started off to a slow start, with openers Hashim Amla and Quinton de Kock posting 44 runs in 12 overs. The young wicketkeeper-batsman then perished off the first ball of 13th over, thanks to a beautiful Nuwan Pradeep delivery.

Then, in the 17th over, off the second ball, Pradeep set up newly arrived du Plessis with a short delivery. The South African came out and played a pull shot, but he ended up top-edging.

Malinga got years to complete the catch, but he misjudged the flight of the ball, a dropped a sitter at the deep square leg boundary.

Then, du Plessis was on 8 off 16 balls and South Africa were 59/1. The right-handed batsman went on to make 75 off balls as the number one ranked ODI side consolidated their position in the match.

Malinga is playing his first ODI since November 2015.

India and Pakistan are the other two teams in the group, and the continental arch-rivals go head-to-head in their first match of the tournament tomorrow at Birmingham.