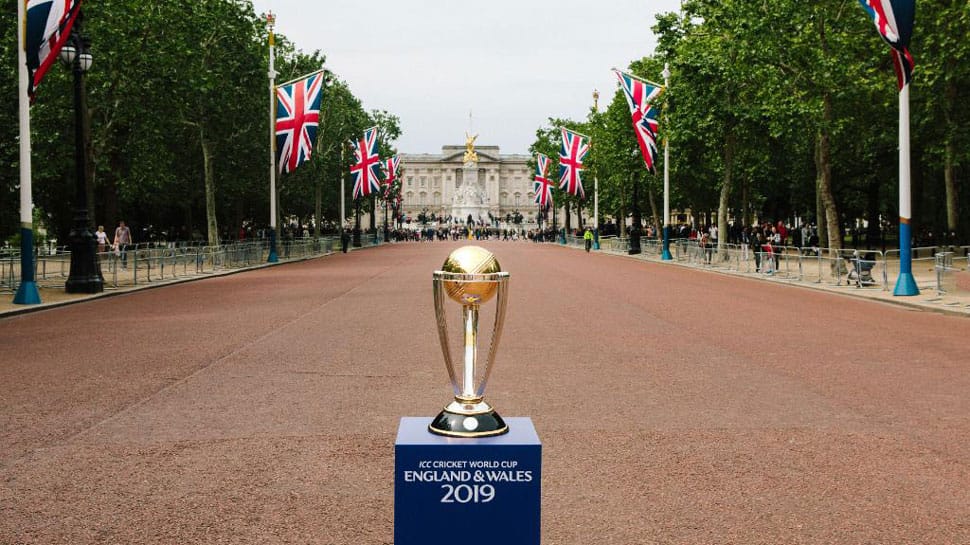 Cricket World Cup often termed as the `Olympics of Cricket` was kicked off on Wednesday with a unique 60-second challenge at the Mall opposite Buckingham Palace in London.

Both Eoin Morgan (England skipper) and Virat Kohli (Indian skipper) were present at the event.

"We can`t wait to start. Tomorrow`s obviously a very exciting day. Incredibly proud to be where we`re at. Hope to be good hosts," Morgan said at the opening ceremony.

"Lovely to be here. Such a huge fan base here. That`s a thing of pressure and a thing of pride as well. We`ll look to utilise the crowd advantage," Kohli added.

The team with the highest score in sixty seconds would win the challenge. Former Australian batsman David Boon was the umpire for this little game.

Afghanistan started off the challenge and they scored 52 in one minute. Next, former Sri Lanka skipper Mahela Jayawardene came out to represent Sri Lanka and the team scored 43.

West Indies were represented by legend Viv Richards and Olympic athlete Yohan Blake and they scored 47 in one minute. Abdur Razzaq featured in Bangladesh`s team. They scored just 22.

Pakistan scored 38 and they were represented by Malala Yousafzai. They were followed by Australia. Brett Lee represented the Aussies and they were able to muster the highest score of the 60-second challenge when they scored 69 runs.

New Zealand was able to score only 32. The South African team had Jacques Kallis and footballer Steven Pienaar. They scored 48 runs.

India represented by Anil Kumble and Farhan Akhtar registered the lowest score of 19 among all teams.

The English team then came out to bat and it featured Kevin Pietersen. They scored 74 in one minute and they ended up winning the challenge.

After the challenge, the World Cup trophy was showcased. It was escorted to the stage by former World Cup-winning captain Michael Clarke and former English off-spinner Graeme Swann.

"There are five to six teams that can win this World Cup. England definitely are the favourites for this tournament as they have been some good quality cricket," Clarke said at the opening ceremony.

In the end, the theme song of the World Cup "Stand By" was performed by the singer LORYN and Rudimental.

The first match of the World Cup will be played between the hosts England and South Africa on May 30 at the Oval.