Du Plessis is only 34, but he looks like he’s been through a lot more. 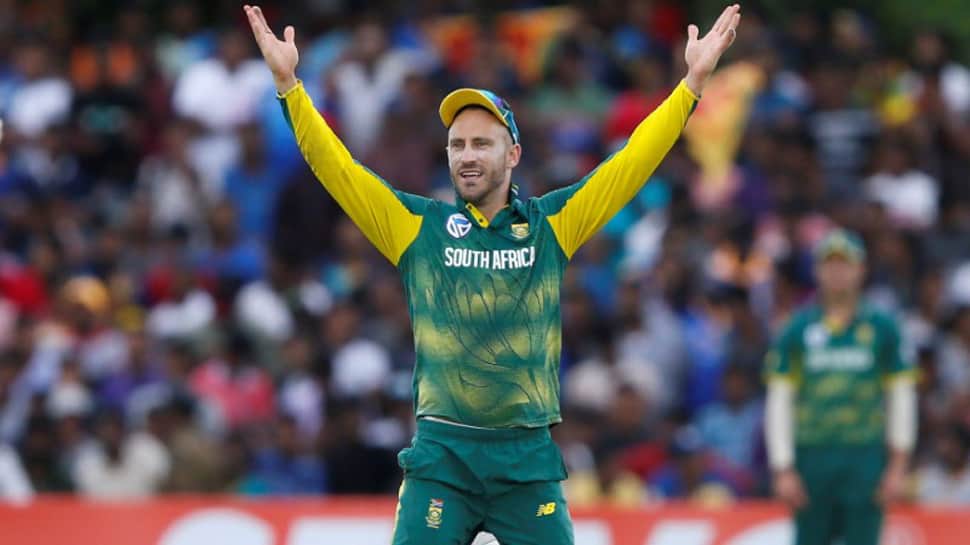 LONDON: Up front, seated a few feet away behind a table as he addressed the media gathered inside the basement of The Oval a day before the ICC Cricket World Cup begins, Faf du Plessis looks like he’s aged.

It’s not a slight. It’s in the context of his cricket; where he’s reached, what he’s gone through leading South Africa through some good times and some tough times, and of where he sits today. It is visible in the creases on his face and the way his eyes slit when he emphasises certain words.

Du Plessis is only 34, but he looks like he’s been through a lot more.

In the context of where he and the South African cricket team are a day before the World Cup opener at The Oval against host and top-ranked England, du Plessis did not try and mask his emotions when asked about what he feels right now, about his career and his drive.

This is du Plessis’ third World Cup, and first as captain. Asked before the opener about how he’s changed as a cricketer and individual, his answer was revealing: “Like anyone sitting here today, whether you’re playing cricket or in business or in life or in sport, it’s no different. You know, the older you get, the wiser you get. You know, being a father now, everything gets put into perspective."

“For me, the focus on making sure that we can look at playing the style of cricket we want to do.”

“Cricket is a very important aspect of all of our lives, but it’s not everything. You know, life, there’s a lot more bigger things than winning and losing games of cricket. And that, perhaps, has changed for me. The fact that I’m no longer desperate; I want to win cricket games but I don’t need to win them."

“I think as a team, hopefully that can filter through, because no one taught me that four, five years ago, playing in these events, and hopefully that gives the guys on the rest of the team just a little bit more of a relaxedness to them; that the absolute worst-case scenario, you don’t make it, and that’s okay, life will go on. And if players are a little bit more free, and can just play their best version of themselves, then that’s great. That’s all I’m looking for.”

This should not come as bad news for South African cricket fans. Far from it. Du Plessis’ response reveals his state of mind, and it is refreshing. This is a game, after all, not war.

For du Plessis, winning cricket games at the World Cup is the target, definitely. The difference now, as a leader and a senior statesman, is his outlook on the sport.

“As I’ve said, a lot of times my most enjoyable times playing cricket is when I do captain any cricket team, and especially this one,” continued du Plessis.

South Africa have, surprisingly, flown under the radar in the buildup to the World Cup. Ever since their reintroduction to international cricket in 1992, not a World Cup has gone by where South African teams have not been spoken of highly. But from 1992 to 2015, their ending at the tournament has come in heart-breaking scenes.

And they do not have a trophy to show for.

This team is ranked third in ODIs. In 2019, they’ve swept Sri Lanka 5-0 and beaten Pakistan 3-2, all at home. South Africa will be without Dale Steyn for game one of the World Cup, with the veteran fast bowler not 100% fit. The team is putting a lot of faith on the sturdy shoulders of Kagiso Rabada, ranked five in ODIs but playing his first World Cup.

Hashim Amla‘s inconsistent form is not a worry, says du Plessis, after the veteran scored half-centuries in both World Cup warm-up matches.

There are younger players like Aiden Markram and Andile Phehlukwayo, whom South Africa want to use to their maximum potential in the tournament.

For du Plessis, keeping the mood in the camp positive and “fun” is more important than getting carried away with pre-tournament chatter and expectations.

“For me as captain, it’s about making sure that we can try and put the noise to one side and just relax as much as we can, try and have fun, control the things that we can do,” he said. “You know, practise hard. Practise well. Have a good culture, have a good language in our culture, and then completely release the outcome and hopefully, that frees up the players to play their best cricket.

“Really, really excited to see the young guys, how well they are going to step up in this tournament, and then the older guys, yeah, as you said, some guys have stated that they finishing after this tournament, you know, but that’s not — that’s not the focus,” he said.

“For me, the focus is on making sure that we can look at playing the style of cricket we want to do, and whether that guarantees success for some of the older guys or not, that’s not the focus. They are here to make sure that they enjoy every day as best as possible. I think when you get a little bit older, that becomes a little bit more natural. You take the pressure off. This is something I have to do or need to do to something that I love to do."

“So you go back to that younger version of yourself, so hopefully that will free some of the older guys up a little bit.”

Du Plessis’ statements today will draw mixed responses from fans of South Africa, but underneath what he says lies a refreshing positivity. Whether it remains positive is an aspect of this team that is sure to draw a lot of attention.

South Africa may be under the radar so far, but it won’t be the case from May 30.