ICC Cricket World Cup 2019: Virat Kohli in awe of Rohit Sharma's ton vs SA, calls it his best ever

Rohit Sharma has two double centuries (264 and 209) to his credit in the ODI format but it was his resilient innings of 122* against South Africa in ICC Cricket World Cup 2019 that has impressed Virat Kohli the most. 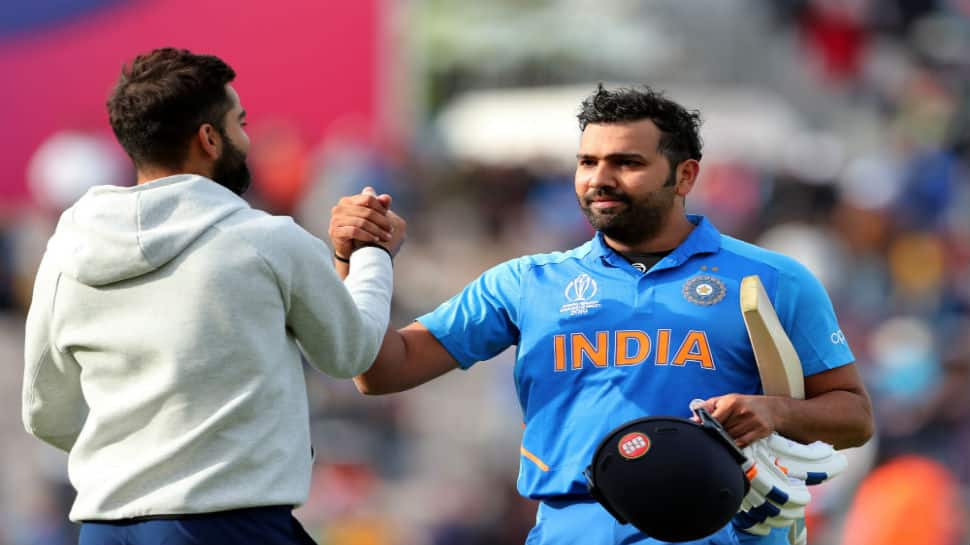 Rohit Sharma is a known performer in ICC events and has several key records to his credit in cricket's marquee events. On Wednesday, the Mumbai batsman once again rose to the occasion when he crafted a responsible century against South Africa under testing conditions in Team India's opening match of ICC Cricket World Cup 2019. For captain Virat Kohli, it was the best-ever knock from the opener.

India defeated South Africa and while the target of 228 may not have appeared daunting, the Proteas' pacers tried to make the most of the bouncy conditions at Southampton. Rohit was rather edgy to begin with and offered half chances initially in the chase. He even lost his opening partner in Shikhar Dhawan who managed all of eight runs. Once settled though, Rohit never looked like he would throw away his wicket.  It was an innings of maturity which saw him hit 122 off 144, an innings peppered with 13 boundaries and two sixes. "I think it was by far his best ODI innings, partly because of the kind of pressure that a first game in a World Cup brings," said Kohli about the 32-year-old batsman. 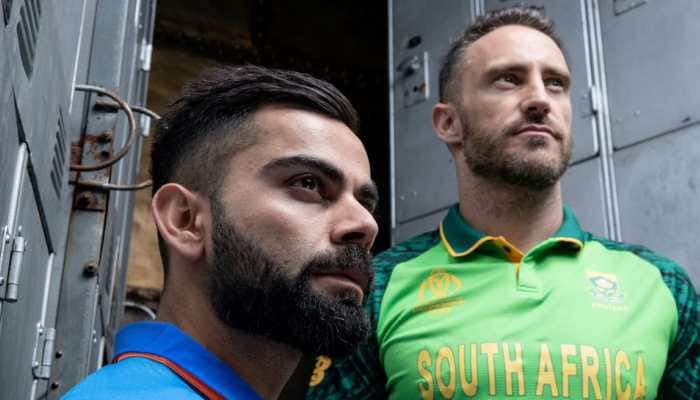 Rating Wednesday's knock as Rohit's best in a career which has seen him now hit 23 ODI tons and maintain his record as the highest individual scorer in the format speaks volumes of what the effort meant to Kohli who himself scored 18 before edging a delivery to the wicketkeeper. "I know when you go in and a few balls bounce like that early on, it's not easy to gather yourself and be calm. There can be a tendency to try and hit your way out of the situation. But Rohit was very composed," he said. "He's played lots of games, so we expect maturity and a level of responsibility from him but of all the brilliant innings I've seen him play, this is top of the pile."

Kohli's massive applause for the knock underlines the contribution of Rohit at Southampton on a day when Indian bowlers led by Yuzvendra Chahal (4/51), Jasprit Bumrah (2/35) and Bhuvneshwar Kumar (2/44) troubled an already rickety South African batting lineup. Faf du Plessis - having lost two matches in the tournament already - chose to bat first but it was a decision that soon backfired. The track offered bounce and seam movement, and Indian pacers were up to the mark in delivering early blows. The captain himself managed 38 runs while the resistance from  Andile Phehlukwayo (34) and Chris Morris (42) helped South Africa cross the 200-run mark.

With the ball, the South Africans looked a lot more menacing than they had with the bat. Kagiso Rabada bowled a torrid spell early on to trouble the Indian openers and although he would claim two wickets in the match, was massively let down by absolutely shoddy fielding by fellow teammates. Indian batsmen were given lifelines aplenty but those can hardly take away from the fact that most of the top-order tried to stitch together partnerships with a well-set Rohit to keep the chase moving along at a comfortable pace. "Rohit ensured there was control from one end and that allowed other players to express themselves," said Kohli. "It was a perfect innings for that situation."

Having picked up full points from the match, Kohli would now be hoping for an encore from Rohit when Team India faces off against Australia this Sunday.