India face off against South Africa in what is the first match of ICC Cricket World Cup 2019 for the Men in Blue. It would be the third for South Africa in the tournament but Virat Kohli feels there are advantages to having watched the proceedings from the sidelines so far. 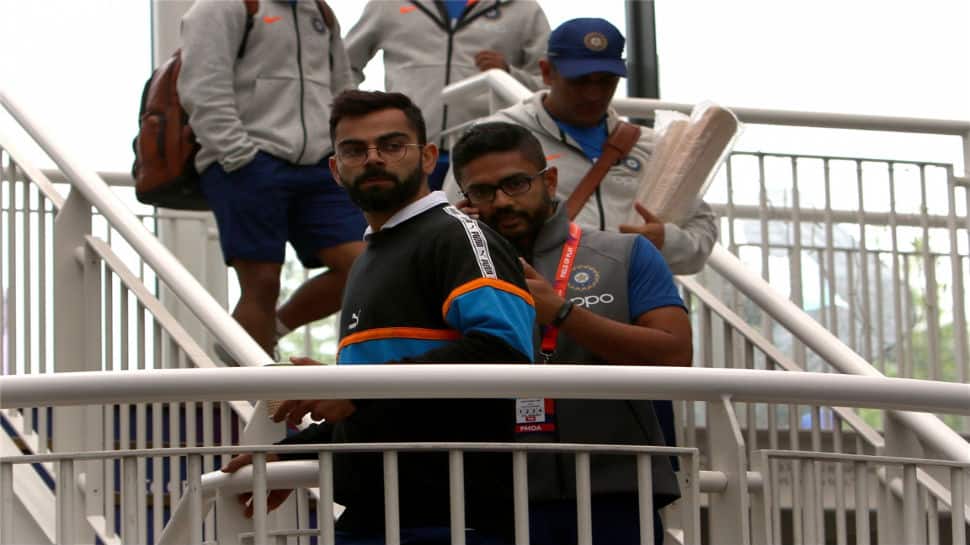 Each of the competing ten teams in ICC Cricket World Cup 2019 has played at least one match each in the tournament so far - barring India. Some of the teams, like hosts England, Sri Lanka, Pakistan and South Africa had played two matches by end of Tuesday. Now, it is the turn for the Men in Blue to, finally, start their campaign in the tournament as they face off against Proteas in what would be the third clash for Faf du Plessis' side.

While South Africa would be desperate to win after having lost their first two matches, Virat Kohli is confident that kickstarting their campaign almost a week after the marquee cricket event began will be an advantage for his side. "It is an advantage in terms of understanding how the games have gone, what the conditions offer and what is the pace of play," he said on the eve of the much-awaited match. "From that point of view, we have a lot to absorb. We have a lot of positives that we can take out of starting after everyone else."

Kohli also admitted that waiting for the first match in a World Cup can be a bit about nerves as well but added that his side is raring to fire. "If you just say the words 'World Cup', it brings a different kind of feeling to your mind and heart. There's some anticipation, excitement and a little bit of nerves, which is the right combination."

The matches so far in the World Cup have mostly been one-sided while there has been the occasional thriller as well. Having followed the matches played so far, Kohli reckons he may have worked out the formula for the best chance of success. "There has been a lot to learn in terms of composure," he said. "The teams that are the most composed are winning games."

Composure may also be what Kohli himself would require a lot of because while this is his third World Cup, it is his first as captain of the Indian team. "I feel grateful that I am in this position, to have the opportunity to lead my country in a tournament like the World Cup. I am really looking forward to the challenge," said the 30-year-old. "It is a different kind of responsibility. You need to absorb a lot more and it is something really exciting for me to have these kinds of challenges at this stage in my career."

South Africa could well be a challenge for Kohli and his side at Southampton. The team has been unable to make a mark so far in the tournament and was also dealt a massive blow when it lost Dale Steyn to an injury. A loss against India on Wednesday could come as a solid blow to the team. As for India, Kohli would be hoping to get off on a winning note in a tournament his side is favoured to win.