For South Africa skipper Faf du Plessis, this setback has forced the team think-tank to change their combinations but he is confident with the talent in the squad. 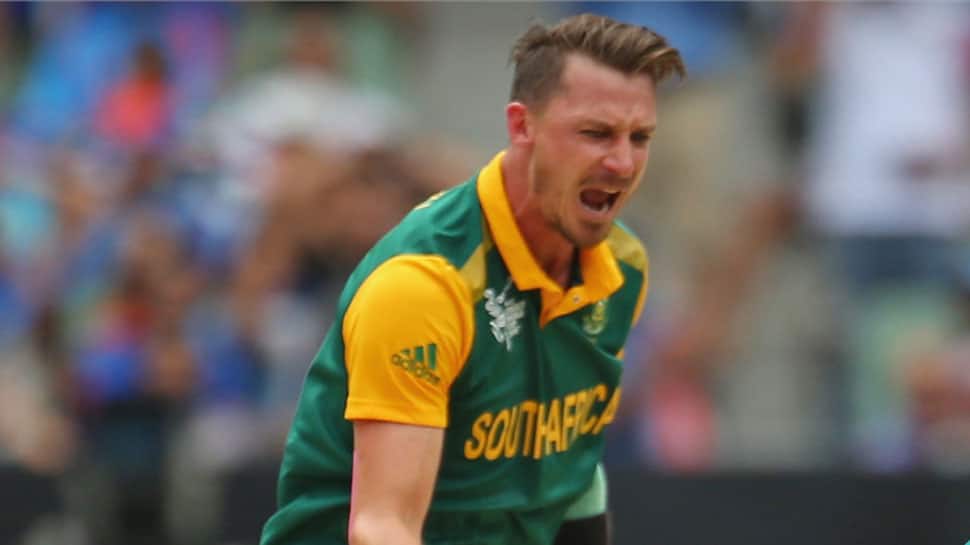 LONDON: Before a ball has been bowled at the ICC Cricket World Cup 2019, the South African cricket team is battling the odds with Dale Steyn ruled out of the opening match of the tournament against England at The Oval on Thursday.

For South Africa skipper Faf du Plessis, this setback has forced the team think-tank to change their combinations but he is confident with the talent in the squad.

“It is a big loss to our team. We did expect it when we picked the squad. He [Steyn] was probably about 60 percent when the squad was picked; so we anticipated for this to happen,” du Plessis told reporters at The Oval a day before the World Cup opener.

“But yeah, Dale Steyn, a fit Dale Steyn makes our bowling attack a very, very strong one. So tomorrow will be a little bit of chopping and changing to get a balance that we think can take on England.”

Steyn’s absence on Thursday – and potentially against India in Southampton – leaves the focus on Kagiso Rabada, who will play his first World Cup. His talent and the likes of Lungi Ngidi, Andile Phehlukwayo, Chris Morris and Dwaine Pretorius gives du Plessis reason to stay upbeat.

“One of our X-factors, potentially we have a really, really strong attack in terms of pace,” he said. “Steyn, Rabada, [Lungi] Ngidi are a real, real threat in English conditions. So that changes."

“They are just excited to get going and get it started, and I think they will make a huge impact in this tournament. Rabada and Ngidi for us have been really, really good over the last 12 months. As I said to you guys before, that’s Plan A for the World Cup in terms of our balance, what we’re looking to achieve. Now it’s just a real reshuffle and looking to Plan B and C.”

Du Plessis singled out Phehlukwayo, 43 ODIs old and also at his first World Cup, as a vital cog in South Africa’s squad.

“Yeah, Andi, he’s stepped up in big games for us in the past. So once again, I think it will be great to see what he can do this tournament,” he said.

“You know, on wickets, obviously it looks like the English conditions have been playing some really flat wickets, and his skill sets with the ball in terms of these mix-ups, I think is important, especially when teams get going, so hopefully he can start the tournament well. He’s playing some really good cricket. He’s in form. So I’m hoping that he’s that missing link that you’re talking about.”

Standing in South Africa’s way in the World Cup opener are hosts and top-ranked ODI team England, who go into the tournament with a huge degree of expectation. For du Plessis, game one is a huge opportunity to make a statement but he is also focused on keeping his team grounded.

“You know, whether you’re favourites or not, you still have to make sure that you play some good cricket. They deservedly have got the favourites there because they are the home nation, and they have been playing, like I said before, really, really consistently good cricket,” he said.

“But for me, as I also said earlier, that it’s – you’re going to face so much different opposition right up to this tournament. If you get too focused on the opposition, you can get distracted. So it’s just about really trying to stay present and in what we can control, and that’s how we practise, how we get ourselves ready for games."

“And then if it means on the day that we have a little bit less pressure on us to try and just go out and be free and play the way that we want to, because we are going in as underdogs, and there’s not a lot of people talking about South Africa winning the World Cup; then if that releases some players on the team, then that’s great.”