ICC was accused of being biased after tweeting an animated portrait of Virat Kohli which depicted him as a king. In response, the world cricket body simply pointed to the Indian captain's ODI and Test rankings. 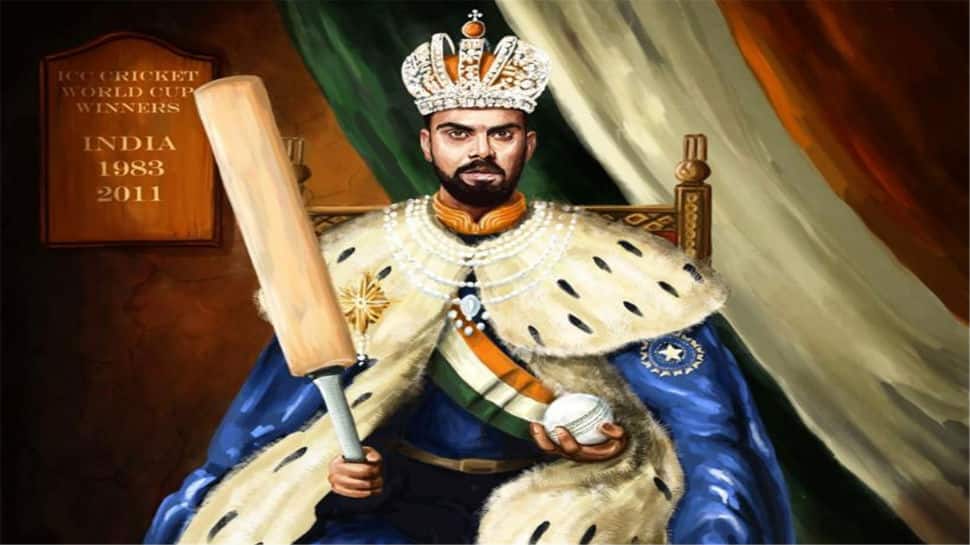 This image was tweeted by @ICC
Share:
Written By:

The social media team managing the official account of the International Cricket Council is having a ball this World Cup season. And quite literally at that.

After receiving praises and brickbats in equal measure for posting an animated photo of Virat Kohli in which he is depicted as an emperor - complete with a crown and royal robes, the ICC defended itself from criticism by pointing out facts from the current ODI and Test rankings for batsmen. While many - including several former cricketers - had questioned if ICC was partial towards the Indian cricket captain, the international cricket body posted two photos in a cheeky reply to former England captain Michael Vaughan which highlights the No. 1 rank that Kohli enjoys in both ODI and Test rankings for batsmen.

Kohli has established himself as one of the finest batsmen cricket has ever seen and has countless records and laurels to his credit. ICC had apparently tried to refer to these when tweeting the light-natured animated portrait. While there were words of appreciation from many fans, there were others who decided to post photos of their own heroes. Aussie fans reminded that while Kohli may be the king, it is their team that has won the World Cup five times.

What was mostly light banter also had a tinge of bitterness when some followers of ICC's Twitter handle outrightly blamed the body for being biased. Many of them wrote that it is the Board of Control for Cricket in India which dictates terms to ICC. In light of this then, ICC's reply pointing to Kohli's rankings come as a simplistically apt response.