Taking the rough with the smooth is all part of the job for a wrist spinner, admits Australia’s Adam Zampa, after taking three wickets in his side’s triumph over Afghanistan. 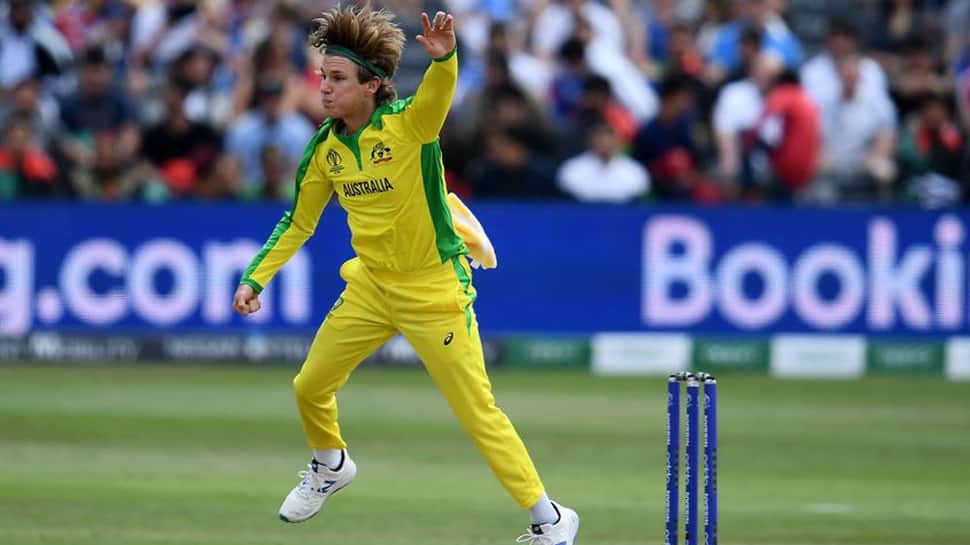 Taking the rough with the smooth is all part of the job for a wrist spinner, admits Australia’s Adam Zampa, after taking three wickets in his side’s triumph over Afghanistan.

The 27-year-old was favoured over Nathan Lyon in the XI and repaid the faith by finishing with figures of 3/60 in the defending champions’ seven-wicket victory.

Zampa did not have it all his own way though, as Afghanistan smashed one of his overs for 22 runs, after he had already taken the wickets of Rahmat Shah and Hashmatullah Shahidi.

But the leg-spinner bounced back to dismiss Rashid Khan before Australia chased down the target of 208 in 34.5 overs thanks to half-centuries for David Warner (89 not out) and Aaron Finch (66).

And while Zampa was frustrated with the way he bowled at times during the middle overs, he believes he will only get better as the ICC Men’s Cricket World Cup progresses.

“It is tough sometimes, particularly as a wrist-spinner,” he said. “You know sometimes that is going to happen and the ball didn't come out as well as I would have liked, but that’s going to happen.

“I already had two wickets under my belt and I knew I had a huge role to play coming up. We were getting towards bowling to the tail, especially after Marcus Stoinis got those two big wickets.

“I always forget about that stuff really quickly and try and keep it simple. I probably over-complicated that over a bit and I knew if I had the opportunity again, I would really simplify it.

“I bowled one more over, I got one more wicket, but I just try and let that go quickly otherwise if you let it dwell on you too much as a wrist-spinner, the next three overs of your spell are dangerous.

“The way the ball has been coming out lately, I'm really happy with. The way I have been preparing for this tour, I'm happy with and it was good to get out there and make a contribution.

“I don't think we played as well as we would have liked through those middle overs bowling-wise, but to get out of it at the other end and take wickets, it's a confidence booster.”

Zampa was also full of praise for the way Afghanistan played after they found themselves 77/5 in the 20th over and expects Gulbadin Naib’s side to cause a few upsets during the tournament.

“I think credit is due to Afghanistan as they came out and played some fearless cricket,” said Zampa. “They could have gone into their shell.

“Everyone has been talking about them so much lately about how much they have improved and, to be fair, they have. They come out and played fearless cricket.

“They lost wickets at times when they wouldn't have wanted to, but the middle order came out and kept swinging and playing shots.

“So if they keep playing cricket like that, particularly with the bowling attack they have got, they will cause some upsets this World Cup.

“The wicket today probably didn't suit them as much as it might later down the track. The ball skidded on a bit.

“I think with the aggressive mindset with the bat, if they can get anywhere around the 250, 260, 270, with their bowling attack later down the track in the World Cup they will cause upsets.”