New Zealand were handed a target of 245 runs to chase after Bangladesh were bowled out for 244. 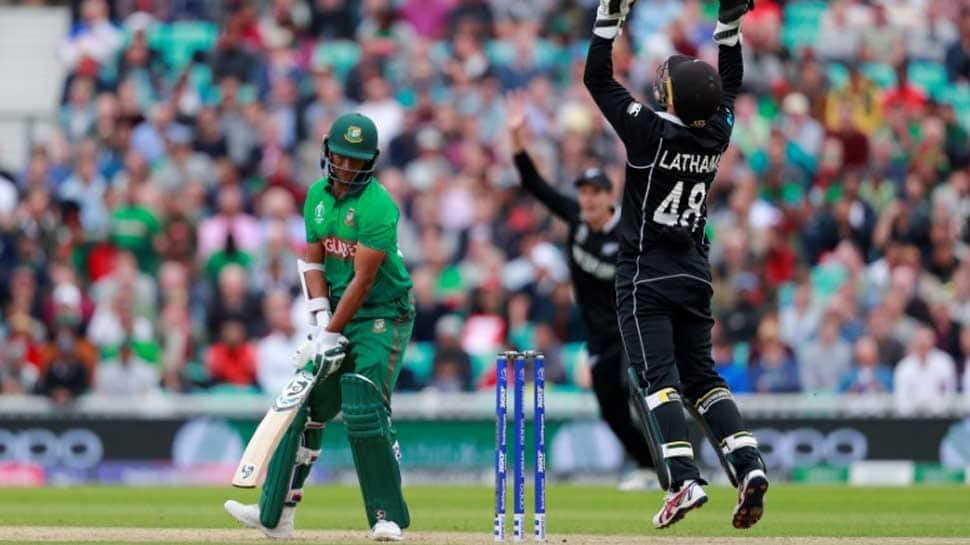 London: New Zealand defeated Bangladesh by two wickets in the ninth match of the ICC World Cup 2019 at the Kennington Oval, London on Wednesday.

New Zealand were handed a target of 245 runs to chase after Bangladesh were bowled out for 244. Veteran Ross Taylor was the top run-getter for the Kiwis scoring 82 runs off 91 deliveries in an innings comprising of nine boundaries.

Skipper Kane Williamson was the second highest run-scorer with 40 runs in 72 matches. The Bangladesh bowling attack attempted to make the chase as difficult as possible for the Kiwis with a disciplined bowling performance.

Mehidy Hasan, Shakib Al Hasan, Mohammad Saifuddin and Mosaddek Hossain accounted for two wickets apiece but failed to prevent defeat as the Kiwis chased down the total in 47.1 overs.

# New Zealand continue to remain unbeaten in the World Cup against Bangladesh having emerged victorious in their fifth encounter on Wednesday. They had similarly recorded wins while chasing down previously.

# Ross Taylor completed 1000 runs against Bangladesh with an average of over 62. He further became the first player to score 1000 runs in ODI clashes between Bangladesh and New Zealand.

# Shakib Al Hasan became the third player to feature in more than 200 ODIs for Bangladesh after Mashrafe Mortaza and Mushfiqur Rahim.

New Zealand take on Afghanistan in their next clash on June 8, while Bangladesh will take on England on the same date in the ICC World Cup 2019.