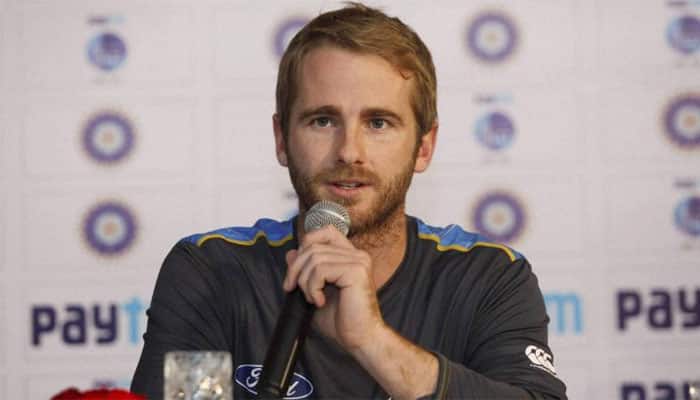 Kane Williamson gave the game away on Friday on the eve of New Zealand’s tournament opener, “Some people may be saying something about us, I'm not sure. But we're talking about us.”

In those final five words, the Kiwi skipper revealed the quiet confidence coursing through his Black Caps side.

And having talked the talk, they then walked the walk on Saturday in Cardiff – giving Sri Lanka the full treatment in an emphatic ten-wicket win in their opening match of the ICC Men’s Cricket World Cup.

Considering he didn’t bat, didn’t bowl, didn’t take a catch and didn’t affect a run out, it might seem a stretch to pick out the skipper as the key man in this impressive outing.

But no-one epitomises this Black Caps side quite like the man who calls the shots out in the middle.

And having laid down the gauntlet in front of the press 24 hours earlier, he then finished off a picture-perfect opening weekend that puts the rest of this World Cup on notice.

His first order of business was winning the toss. Having done that, opting to bowl first was never in doubt and thereafter his bowlers – shorn of the services of the injured Tim Southee but otherwise at full gallop – were off to the races.

Every bowling change Williamson made came off, Matt Henry, Lockie Ferguson and Colin de Grandhomme all taking wickets in the first over of their spells.

It got better still. Every single one of his bowlers ended up with a wicket and by the end even regulation fielding changes looked like masterstrokes.

He switched Jimmy Neesham into the gully halfway through a Ferguson over – and sure enough the very next ball his all-rounder grabbed a screamer to get rid of Jeevan Mendis.

Starts don’t get much better – or comfortable – than this and Sri Lanka must be sick of the sight of these Black Caps.

Downed 3-0 in the land of the long white cloud in an ODI series at the start of the year, they also lost to the Kiwis in their World Cup opener four years ago.

Sri Lanka’s total here of 136 ended up as the lowest in an ODI on this ground, but on this evidence, it won't just be Sri Lanka struggling against Williamson’s boys this summer. Runners-up four years ago, the Black Caps clearly mean business again.

No Southee or Henry Nicholls could have been a blow before the toss.

But Henry – a master of English conditions these days after his record-breaking county exploits with Kent last summer – ensured the bowlers kicked off on top.He took a wicket with only the second ball of the match – and they pushed on from there.

Ferguson bowled north of 90mph to devastating effect to continue the emerging early theme of this year’s tournament.

And while Trent Boult went wicketless in the first powerplay, remarkable given his recent record, he was back at the end of the innings to finish off matters.

Williamson chopped and changed his bowlers with prudence – the man could do no wrong. But a word too for his opposite man Dimuth Karunaratne.

He too led from the front in becoming only the second man in ICC Men’s Cricket World Cup history to carry his bat, finishing unbeaten on 52 to join Ridley Jacobs in the record books.

But while he dropped anchor, the rest of the batsmen found the going tough and in response, the Black Caps showed little trouble in getting home inside 17 overs.

With Nicholls out injured, Williamson’s final wish would have been some runs for the previously out-of-form opener Colin Munro, who scored four in his only warm-up match against India.

Of course, his wish was granted as Munro and Martin Guptill both rattled off half-centuries in double quick time to help New Zealand boost their net run rate.