England emerged victorious in their first final of the Cricket World Cup having been a part of four such finals so far. New Zealand, on the other hand, recorded their second defeat in as many Cricket World Cup finals. 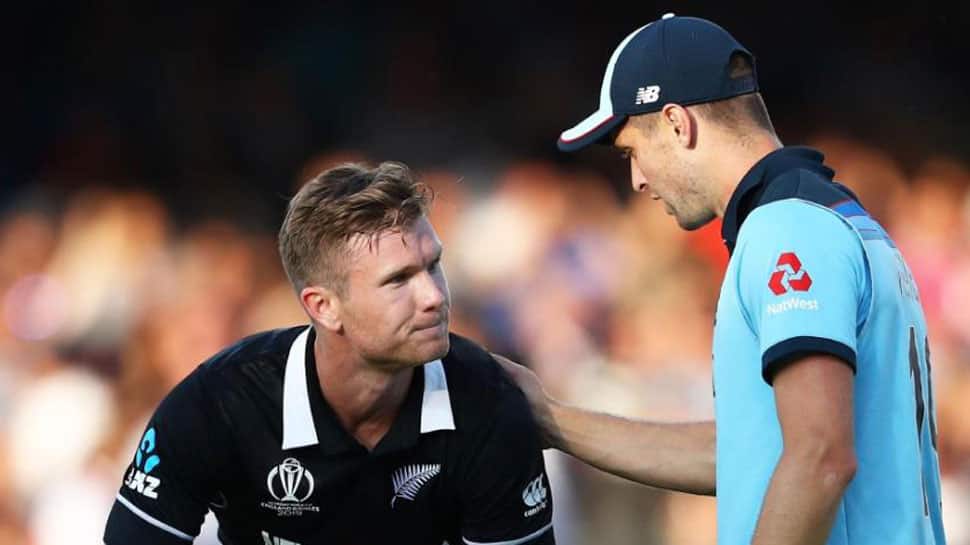 England lifted their maiden ICC World Cup trophy after defeating New Zealand on boundary count following a tied super over in the final of the ICC Cricket World Cup 2019 at Lord's, London on Sunday.

New Zealand skipper Kane Williamson won the toss and opted to bat. The Kiwis were restricted to 241 runs for the loss of eight wickets in 50 overs on the back of a disciplined performance by the English bowling attack led by Chris Woakes who picked three wickets.

However, the hosts were put under pressure following a splendid comeback by New Zealand who made it difficult to score runs on the back of tight fielding and excellent bowling. A partnership of 110 runs between Jos Buttler and Ben Stokes helped England recover, with the side ultimately bowled out for 241 runs in their allotted 50 overs.

The tie was then decided via super over with both sides scoring 15 runs apiece, resulting in England being termed winners on the basis of a superior boundary count.

# England emerged victorious in their first final of the Cricket World Cup having been a part of four such finals so far. New Zealand, on the other hand, recorded their second defeat in as many Cricket World Cup finals.

# England registered their second consecutive win against New Zealand in the Cricket World Cup having snapped a five-match losing streak in the tournament against the Kiwis, with a 119-run victory in the league phase.

# England recorded their first win against New Zealand in ODI's at Lord's with the latter having emerged victorious in both previous matches against the hosts.

# Kane Williamson crossed former Sri Lankan skipper Mahela Jayawardene's (548) record of scoring the most runs by a captain in a World Cup, following his 30 against England.

# Ross Taylor completed 1000 runs in the World Cup following his knock of 15 against England.

Rohit Sharma finishes with most runs in ICC World Cup 2019