India have the attitude in the field that can help them build towards a third World Cup triumph, according to their specialist coach. 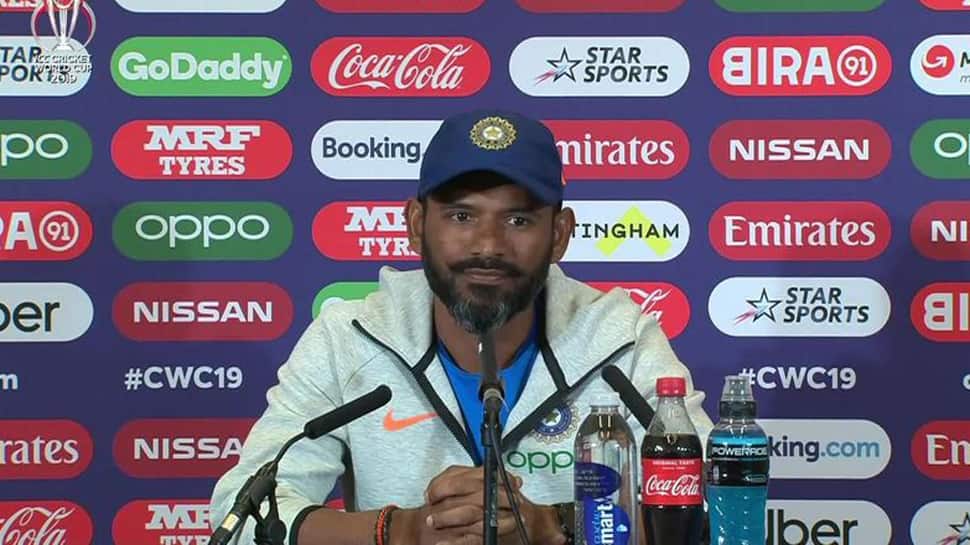 India have the attitude in the field that can help them build towards a third World Cup triumph, according to their specialist coach.

Virat Kohli’s side have taken plaudits for their batting and bowling, but the fielding side of their game attracted less attention in the build-up to the ICC Men’s World Cup.

Rain washed out the opportunity to showcase this talent when the game against New Zealand at Trent Bridge was abandoned without a ball bowled, leaving both sides unbeaten.

According to Ramakrishnan Sridhar the umpires had no option but to call off proceedings around 4pm.

India won the tournament in 1983 and 2011, and Sridar believes that the approach, athleticism and competitive will of the players in the field will help their push this time.

“The biggest thing is the attitude of the fielders where they put the team ahead of themselves,” he said. “These are qualities you need to go out and win championships.

“They are willing to risk injuries to save that one run, which is a great quality to have.

“We have a terrific slip catcher and a safe catcher in Rohit Sharma, and two guys, Virat Kohli and Kedar Jadhav, who are very intimidating to the opposition. They can intimidate any batsman, and they are prowling in the 30-yard range.

“To complement that, we have a player in Hardik Pandya, who can really help when needed.

“These are all the usual suspects, but we saw Yuzvendra Chahal and Jasprit Bumrah crack it up in the last game, diving after bowling long spells, and stopping runs.

“I think the biggest challenge is to stay consistent, to reduce the time between the good days and bad days. That is integral.”

India will consider the fielding element when they take a call on Shikhar Dhawan’s return to action. The opener hurt his left thumb during his innings of 117 against Australia at the Oval last Sunday.

Sridhar said: “Throwing won’t be a problem, but definitely the impact while fielding and catching [will], especially as he is a slip fielder. That can be an issue.

“We will test him out with lighter balls first and gradually move on to the cricket ball and see how it goes from there, but, yes, that will be a challenge.”

Rishabh Pant is to join the squad on standby. He will be close by if the selectors opt to make a formal change, with Dhawan likely to be assessed at some point next week.

Sridhar knows what it takes to achieve tournament success having been the fielding coach of India when they won the ICC Under-19 Cricket World Cup in 2012.

He was elevated to the senior team two years later and has helped to bring about a consistent improvement since.

An example was the performance against Australia, when India successfully contained the opposition to win by 36 runs.

“We did not have a big total so we had to field out of our skins,” Sridhar said. “Fielding is vital in every game. We should expect to out-field our opponents every time but we should also expect our opponents to do the same. We should go out with the best intensity possible.”

There will be no lack of that when India resume action in the much-awaited game against neighbours and rivals Pakistan at Old Trafford on Sunday.