Australian recorded their seventh win in the ICC World Cup 2019 after emerging victorious by a margin of 86 runs against New Zealand in match 37 of the tournament. 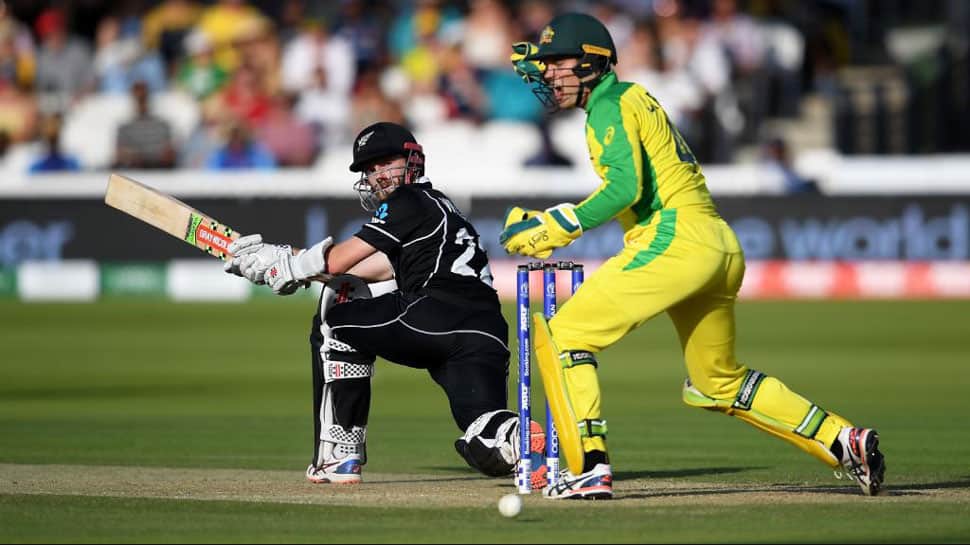 Australian recorded their seventh win in the ICC World Cup 2019 after emerging victorious by a margin of 86 runs against New Zealand in match 37 of the tournament. The Black Caps needed to register a win in order to qualify for the semi-finals of the tournament which they failed to register after being handed a moderate target of 244 runs to chase in 50 overs.

Australia skipper Aaron Finch won the toss and opted to bat. The Aussies posted a total of 243 runs for the loss of nine wickets in 50 overs after being reduced to 92/5 at one stage following a partnership of 107 runs between wicket-keeper batsman Alex Carey and batsman Usman Khawaja.

Trent Boult became the first bowler to register a hat-trick for New Zealand in a World Cup clash, finishing with four wickets.

In reply, New Zealand failed to get the job done following an excellent performance by the Australian bowling attack led by Mitchell Starc. Starc registered his second five-wicket haul of the ICC World Cup 2019, as the Kiwis were bowled out for 157 runs in 43.4 overs.

# New Zealand registered their first ODI defeat at Lord's having emerged victorious in all three of their previous ODI clashes at the venue.

# Australia registered their eighth win in World Cups against New Zealand who have emerged victorious thrice.

# Usman Khawaja has become the second player after Aaron Finch to complete 1000 ODI runs in 2019.