Mohammad Amir conceded his first six in the ICC Cricket World Cup 2019 after being hit for a six by Jimmy Neesham. 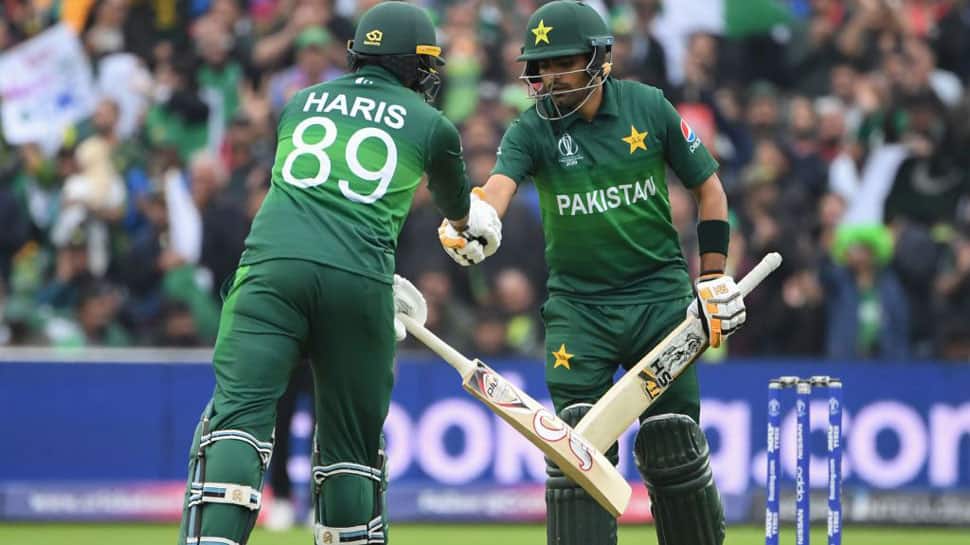 Pakistan defeated New Zealand by six wickets in the 33rd match of the ICC Cricket World Cup 2019 at Edgbaston, Birmingham on Wednesday. The Kiwis were unbeaten in the tournament before the clash having emerged victorious by a margin of five runs against West Indies in their previous clash.

New Zealand skipper Kane Williamson won the toss and opted to bat. A disciplined performance by the Pakistan bowling attacked led by Shaheen Afridi restricted them to 237 runs for the loss of six wickets in 50 overs.

All-rounder Jimmy Neesham was the highest run-scorer with an unbeaten 97 off 112 deliveries. He further enjoyed quality support from fellow all-rounder Colin de Grandhomme who scored 64 runs off 71 deliveries in an innings comprising of six boundaries and a six.

Pakistan chased down the target in 49.1 overs on the back of an unbeaten century by Babar Azam, who also became the second fastest batsman to score 3000 ODI runs during the course of the innings. Haris Sohail was the second highest run-scorer with 68 runs off 76 deliveries.

Pacers Trent Boult and Lockie Ferguson accounted for a wicket apiece while skipper Kane Williamson picked a wicket as well.

* Colin de Grandhomme and Jimmy Neesham stitched a partnership of 132 runs for the sixth wicket against Pakistan, which is the highest partnership in the position for New Zealand in the history of the Cricket World Cup.

# Mohammad Amir conceded his first six in the ICC Cricket World Cup 2019 after being hit for a six by Jimmy Neesham.

# Azam further became the second youngest batsman to score a century for Pakistan in the history of the Cricket World Cup. The batsman is also the first middle-order batsman from Pakistan to score a World Cup century in 32 years, following Saleem Malik in 1987.