ICC World Cup 2019: Pakistan show just why they are cricket’s enigma with win over England

Pakistan showed yet again on Monday why it’s always a good idea to predict the unpredictable when it comes to their cricketing fortunes. 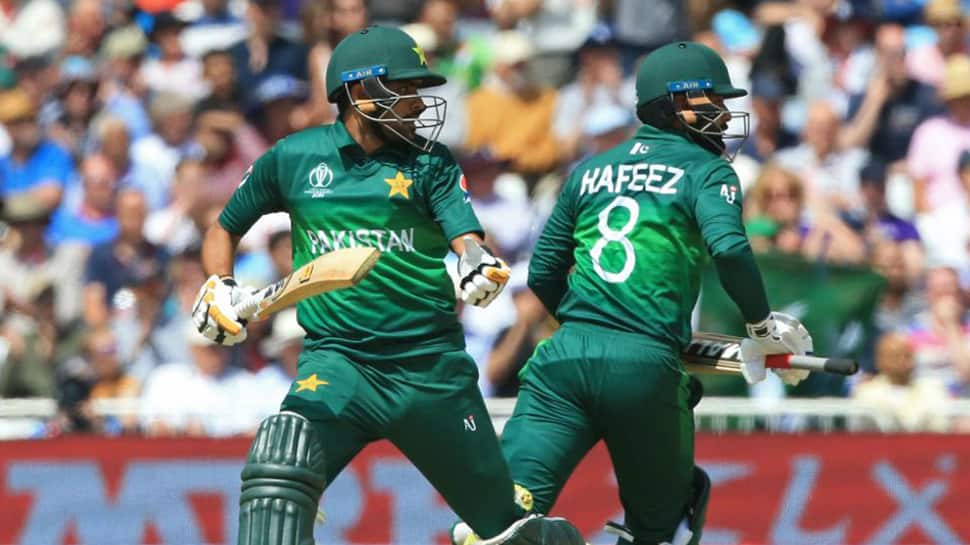 Pakistan showed yet again on Monday why it’s always a good idea to predict the unpredictable when it comes to their cricketing fortunes.

As far as the early stages of their ICC Men’s World Cup 2019 campaign are concerned, it has been a case of well beaten one minute, dynamic the next for Sarfaraz Ahmed’s team.

On Friday, Pakistan had no answer to a fearsome barrage of short-pitched bowling from the West Indies, beaten by seven wickets after being bowled out for 105 in 21.4 overs at Trent Bridge.

Back at the same venue three days later, they made two alterations to the side against England but it was almost as if all 11 players had been changed as the 1992 world champions turned the form book upside down to chalk up a surprise 14-run win over the host nation and tournament favorites.

According to ICC media press release, Pakistan took ruthless advantage as England suffered an off-day in the field, piling up 348/8 after being put in to bat.

Eoin Morgan’s men dropped the simplest of catches in the outfield, produced a string of fumbles, conceded unnecessary overthrows and generally looked out of sorts.

Back in 1992, Pakistan started their World Cup bid in shaky fashion by losing two of their first four matches but, galvanized by their inspirational skipper Imran Khan, they went on to lift the trophy for the first time in their history.

Imran famously asked his players to “fight like cornered tigers” and that was again the team’s approach against England on Monday, having spent most of their preparatory net session on Sunday taking on short balls under the watchful eye of batting coach Grant Flower.

The hard-hitting Fakhar Zaman led the way early on by twice hitting two fours in an over off Chris Woakes, including an outrageous ramp shot that sailed over the head of first slip Joe Root.

Woakes was particularly expensive as Pakistan raced to 69-0 after 10 overs before the spin of Moeen Ali and the express pace of Mark Wood combined to briefly stem the flow of runs.

Moeen removed Fakhar for 36 thanks to a sharp stumping from Jos Buttler but fellow opener Imam-ul-Haq kept up the momentum with a stylish 44 before he fell victim to a spectacular diving catch from Woakes, who celebrated by turning and putting his forefinger to his lips to ‘shush’ the sizeable Pakistani support behind him.

Babar Azam played fluently for his 63, smashing leg-spinner Adil Rashid for 14 in one over, before he fell following another superb catch in the outfield by Woakes

Player of the match Mohammad Hafeez signaled attacking intent from his very first ball, dancing down the track to Moeen and hitting the off-spinner back over his head for four.

Jason Roy then dropped a straightforward catch at long-off and Hafeez looked as though he was going to make England pay a costly price by registering the first century of the competition.

The ball, however, was being drawn to Woakes like a magnet in the outfield and the all-rounder snaffled yet another fine catch in the deep to send Hafeez back to the pavilion for 84.

The Pakistan scoring rate was rattling along at more than six an over and skipper Sarfaraz ensured there was no respite for England, going to his half-century in comical fashion after no-one backed up Joe Root’s run-out attempt from point and it went for four overthrows.

Asif Ali, who lost his 19-month-old daughter last month when she died following a battle with cancer, contributed to the Pakistan cause with 14 in 11 balls before tail-ender Hassan Ali struck a straight six off Jofra Archer in the penultimate over.

More overthrows in the last over summed up England’s lack-lustre performance in the field and Morgan’s men trudged off at the halfway stage facing the daunting task of having to achieve a World Cup record run chase to win.

Pakistan’s fans showed their delight by whooping and hollering, hooting horns and hoisting their green and white flags.

England slid to 118/4 in reply before a fifth-wicket stand of 130 by centurions Root and Buttler prompted the home supporters to start serenading their rivals with a rendition of ‘you’re not singing anymore’.

But just when it appeared as though Root and Buttler had wrested back control, the pair fell in quick succession, both caught at short third man, and Pakistan’s bowlers kept their nerve in the closing stages to complete a thrilling victory in the best match of the tournament so far.

“Everyone was believing we could do this, we could win the game,” Hafeez said. “Everyone gave absolutely everything today

“We were always very confident. We practiced very well yesterday and knew we just needed a winning performance from one person and for everyone else to contribute.

“The first game did not go well for us but we all know what our capabilities are. This win will definitely boost our confidence. Winning games always gives you something extra.”

Morgan said England were made to pay for their mediocre fielding display.

“That was the difference between the sides,” he said. “We were way below par today and it cost us 15 to 20 runs.”