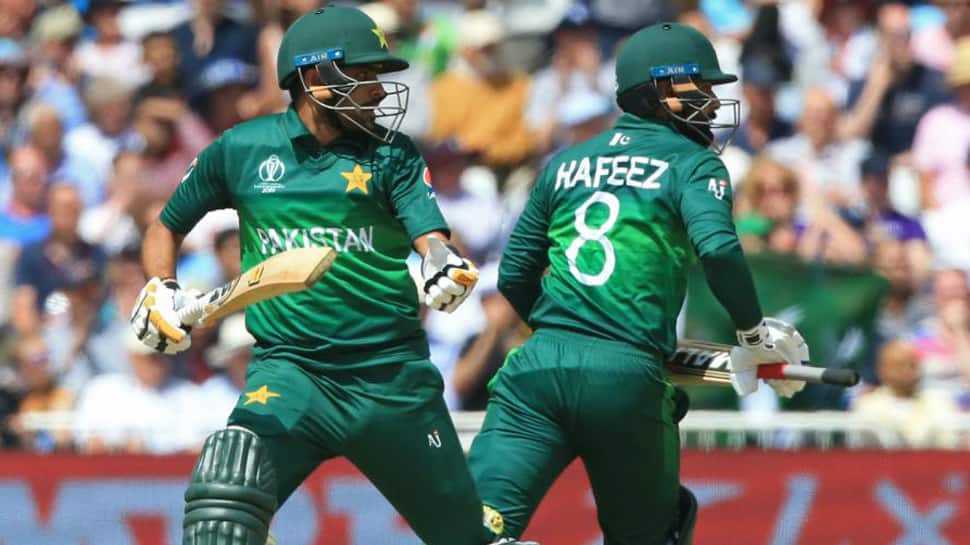 In 1999, Azhar Mahmood was named Man of the Match for scoring 37 and taking three wickets. In 2019, he is Pakistan’s bowling coach. If these two ODI matches in Bristol seem like a lifetime apart, joined only by one strand, then so perhaps do the two games the current Pakistan team have played in the ICC Cricket World Cup 2019.

In their opening match at Trent Bridge, Pakistan were bowled out for 105 by West Indies. In their second match, also at Trent Bridge, they posed 348 and beat England by 14 runs. It was as if two different teams turned up, 20 years apart.

This is the unpredictability – pardon the cliche – that Pakistan cricket teams have never been able to shake off. Surely it cannot be by design. Or can it? Brilliant one day, banal the next. Mercurial, mesmeric, maddening and muddled. All rolled into one, like a good kathi roll. But one that, if not rolled together properly, can fall out the bottom with one greedily sumptuous bite.

Pakistan entered the World Cup having won two of 14 completed ODIs this year. This run spanned a 2-3 series loss to South Africa, a 0-5 whitewash to Australia in the UAE, albeit with a depleted team, and then four losses in a row to hosts England recently. Then they lost their first World Cup warm-up match to Afghanistan.

On a lively Trent Bridge surface, after a bit of rain, they came undone against West Indies’ very accurate and hostile pace attack. The swords appeared out. Pakistan now needed a win to avoid their longest losing streak in ODIs.

Boom. England, hosts and World Cup favourites, were up-ended. It wasn’t a big win, but Pakistan’s bowlers struck telling blows to turn the match into a thriller. Shadab Khan tied down the centurion Joe Root and then had him slashing to short third man. Mohammad Amir then got the other centurion, Jos Buttler, slapping a slower ball to the same position. Wahab Riaz, a bowler who two months ago was left out of Pakistan’s preliminary World Cup squad for not being fit enough, snuffed out Moeen Ali and Chris Woakes.

In four days, Pakistan lost to West Indies and beat England. Maybe we shouldn’t be surprised.

By the time Pakistan’s practice session began, the sky had cleared. (Image: Jamie Alter)
And now they are back in Bristol, facing Sri Lanka in game 11 of the World Cup. Sri Lanka, who lost to New Zealand and beat Afghanistan. Sri Lanka, who have never beaten Pakistan in a World Cup match.

Their coach, Mickey Arthur, wants them to stay ruthless. The batting coach, Grant Flower, took plenty of confidence from the fact that Pakistan made 348. The mood in the squad appears upbeat. As Flower sits down to address a small group of reporters in the indoor batting nets, the team walks past and several players – Amir the most vocal – let out oohs and aahs in jest. Twenty minutes later, the team engages in a customary football game before training starts. The jokes and laughs are reflective of a team having fun.

During catching practice for both the slip cordon, outfielders and later ground-fielding, players back each other heartily. If this were any other team, you would expect everything to be hunky-dory. But this is Pakistan, so you never quite know.

Mahmood, aged 44, is a vocal member of the Pakistan setup. During training, he throws the ball to Arthur who steers it to Sarfaraz Ahmed and a slip cordon of four catchers. Mahmood collects the ball in a baseball mit and constantly chats with the fielders. In Urdu, he gives clear instructions to Babar Azam when the batsman is placed at a pretend first slip position for spinners. Mahmood’s words are clear.

The only current link to Pakistan’s run to the 1999 World Cup final in this country, you wonder if Mahmood is the voice of Pakistani reason in a group that so easily descends into absurdity.

What Pakistan team turns up one Friday is really anyone’s guess. But like a good kathi roll, it will be well garnished and with the right amount of spice. Just keep an eye on the bottom of that roll.