This is Jasprit Bumrah’s first World Cup, and he’s India’s joint-leading wicket-taker with 14. 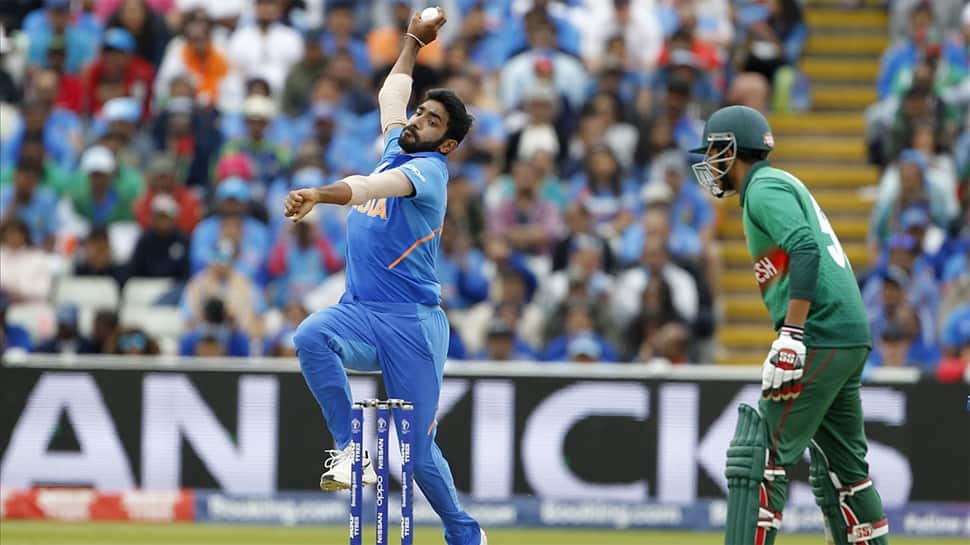 BIRMINGHAM: Jasprit Bumrah has no intention of asking to be rested for India's final group match of the ICC Cricket World Cup 2019, against Sri Lanka in Leeds on Saturday. He can’t even fathom the thought of missing a single match, even if the next one is of only statistical value given that the Indian cricket team has qualified for the World Cup semi-finals on Tuesday by beating Bangladesh by 28 runs at Edgbaston.

This is Bumrah’s first World Cup, and he’s India’s joint-leading wicket-taker with 14. He’s been pivotal to their success in England, rolling up and taking wickets at pretty much each juncture that Virat Kohli has called on him. Particularly, Bumrah has been impressive between overs 30 and 50, taking wickets and keeping a lid on the runs.

This rush, underscoring emphatically his status as the No 1 bowler in ODIs, is not something the 25-year-old wants to put a hold on.

“This is my first World Cup, so I want to play as many games as possible,” Bumrah told reporters in Birmingham on Tuesday when asked if he could do with a game off after delivering 64 overs in seven matches.

“I don’t think I’ve become an experienced player that I could say I don’t want to play some games. I always look forward to playing, and the more number of matches you play, you enjoy more.”

Bumrah was a pivotal player in India’s win, taking 4/55 to help India keep Bangladesh to 286 after Virat Kohli’s team lost steam to end on 314/9 in their 50 overs. Three of those wickets came in the last seven overs of the match, as Bangladesh’s chase petered out.

Bumrah’s two yorkers to get the last two Bangladesh wickets were terrific displays of his skill, which he reminded reporters was not something he can produce at will, no matter how easy he may make it seem.

“There is always a lot of preparation. When I practice in the net, I practice each and every situation,” said Bumrah.
“Whether that is with the old ball, new ball, bowling at the death. All of that helps me when it comes to real situations. If the work ethic is good, the execution will come and that is what happened. I do it again and again in the nets so the more you do it, the better at it you are. You can’t master it but you can be better at it.”

If work ethic is good, execution will come: Bumrah on stellar performance against Bangladesh