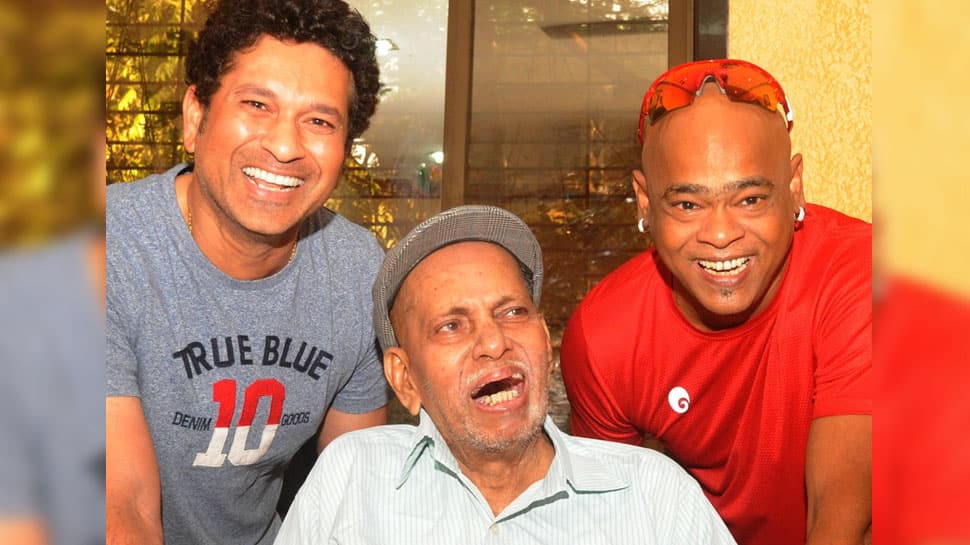 MUMBAI: Cricketing legend Sachin Tendulkar was in school when he first met coach Ramakant Achrekar. His brother, Ajit Tendulkar, took him to Shivaji Park in Dadar where the coach ran the Kamath Memorial Cricket Club.

It was 1984. 'Achrekar sir' nurtured and shaped Sachin into the great batsmen who later went on to take the world by storm.

Today, 'Achrekar sir' is no more. He breathed his last on Wednesday, January 2. But his contribution to cricket and coaching will forever remain in everyone's heart.

A year ago, Sachin revisited his young days, narrating an episode on how the 'strict' Achrekar helped him stay disciplined and honed his talent.

“This was a unique experience at school. I used to play for the junior team. The senior team was playing Harris Shield Finals at Wankhede Stadium. My coach Ramakanth Archekar Sir had arranged for a practice match,” said Sachin.

“After the school hours were over, he came up to me and said, 'Go there (Wankhede Stadium). I spoke to the captain. They will allow you to bat at Number 4. No need to field.'

“That used to be my practice - how to make runs, play matches. All this is learnt in a match. No matter how much net practice you do, match practice is something different,” he says.

Teenage Sachin decided to leave the practice match and instead cheer for the senior team from the stands.

“I was clapping and enjoying. After the match was over, I spotted Archekar Sir and decided to greet and wish him. I went over and did that.

“Sir asked, 'How many runs did you make in the match?' I said the senior team was playing and I decided to cheer for them during the match.

“He scolded me a lot in front of everyone. He said, 'You don't need to clap for others. You focus on your cricket and do something so that others clap for you,'” recalls Sachin.

“That was the biggest lesson of my life. After that I never missed a match,” said the master blaster.

Happy #TeachersDay! The lessons you taught me have always served me well. Sharing an incident with you all that changed my life! pic.twitter.com/J1izUvPG3C

Achrekar, who died on Wednesday, was 87. He has been the recipient of several top honours including the Padma Shri and Dronacharya Award for his to cricket coaching.