Ashton Turner, who fired Australia to a series-levelling win with an unbeaten 84 off 43 balls, was adjudged not out early in his innings despite the snicko-meter showing a spike following a DRS call from India. 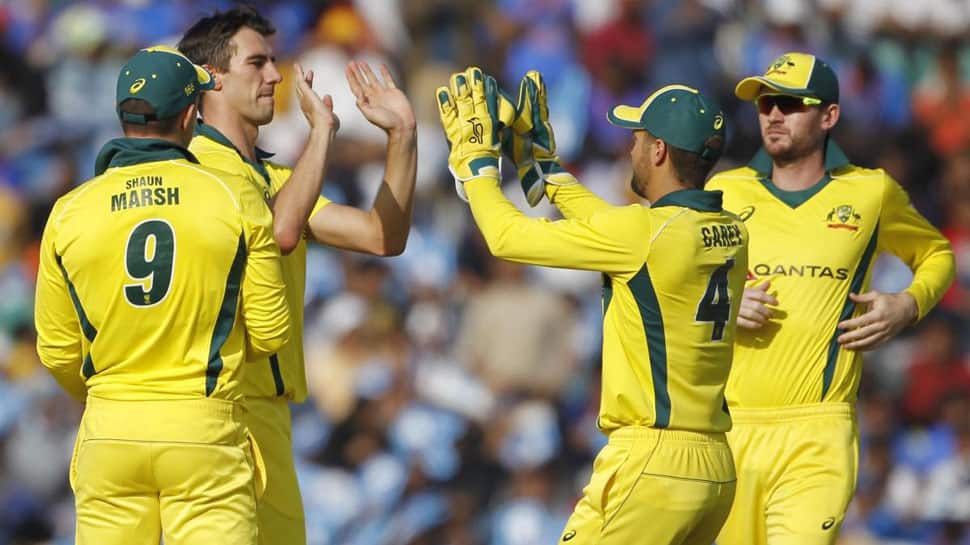 India captain Virat Kohli on Sunday criticised the Decision Review System, saying that 'it is not consistent at all and becoming a talking point in every game'.

Ashton Turner, who fired Australia to a series-levelling win with an unbeaten 84 off 43 balls, was adjudged not out early in his innings despite the snicko-meter showing a spike following a DRS call from India.

"The DRS call was a surprise, it's just not consistent at all, it's becoming a talking point in every game," said Kohli after the four-wicket loss.

India lost the game despite amassing 358 for nine. The series decider will be played in Delhi on Wednesday.

In MS Dhoni's absence, Rishabh Pant missed a stumping and overall India were poor in the field.

"We were sloppy in the field and should've grabbed our chances," said the India skipper.

The dew also played a big role in the Australian win.

"The wicket remained good throughout, we've fallen on the wrong side of the dew in two games, but that's not an excuse. Ashton played a hell of a knock, Peter Handscomb played a brilliant inning, Usman Khawaja held the innings together."

"They played better cricket, we got to accept and it's a record chase, they deserved to win. If we had won the toss, we would've batted first (in Ranchi). We had to get the fifth bowler out of the way tonight. If Kedar Jadhav and Vijay Shankar was bowling with the dew, it would've been more difficult, so we wanted to get done with it first," said Kohli.

India opted to bat and made four changes in the game.

"I thought the partnership between Usman and Peter was crucial. To be able to get us deep was unbelievable. To get his maiden hundred was outstanding. When we chased totals around 300 in Australia, we were trying to go with the same process. The wicket was good, it wasn't a panic."

"The plan was to take the game as deep as we could. Ashton playing his second game and playing a match-winning knock and Peter playing such a knock and Usman coming to form was wonderful. We have seen him (Turner) do that a lot in Big Bash. It was a world-class knock and to take on two of the best death bowlers in the world was outstanding."

Turner was over the moon with his sensational effort.

"I'm lost for words. I turned up to the ground today. Marcus Stoinis was doing his fitness test. He had a broken thumb, I thought he would play today and I would be carrying drinks. But I had to transition my mind from not playing to playing."

"I was ready to go if given a chance. It's not every day that we get to play. Batting is a lot of fun, there were a few close calls and I know that I didn't nick that one that went upstairs."

He also attributed his success to former Australia opener Matthew Hayden, who is commentating in the ongoing series.

"Haydos has been great to me. I was privileged to get my cap from him in Hyderabad. He's spent a lot of time with me in the nets. He's a brilliant player of spin bowling and he's a legend. Someone I always looked up to. It's nice to hear nice things from him," added Turner.