During the course of R Ashwin's innings, the Indian was seen engaged in a banter with Australia skipper Tim Paine. 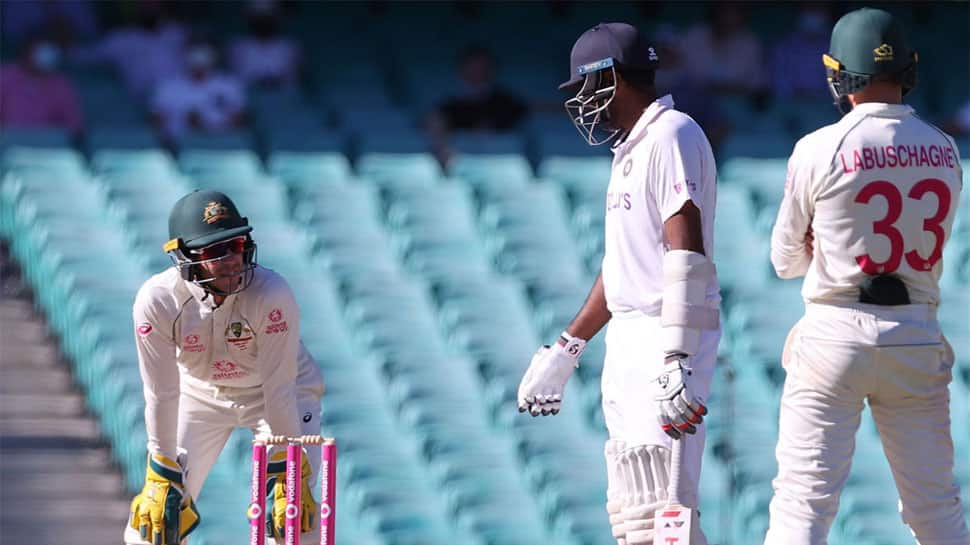 R Ashwin emerged as the hero after he along with teammate Hanuma Vihari made sure India salvaged a draw on Day 5 of the third Test played in Sydney. The leggie who batted for almost over two hours finished the innings unbeaten on 39 from 128 deliveries, while his partner Vihari scored 23 from 161 balls.

During the course of Ashwin's innings, the Indian was seen engaged in a banter with Australia skipper Tim Paine. The incident occurred in the final session on Monday as both cricketers exchanged a few words against the other.

Paine started off by saying that he can't wait for Ashwin to arrive at Gabba, referring to India's reluctance to travel to Brisbane for the fourth and final Test. "Can't wait to get you to the Gabba, Ash," the Australian skipper can be heard saying in the video.

The Indian in return came up with a witty response, stating he can't wait for the Australian skipper to arrive in India, claiming it could possibly be his final Test series.  "Just like we wanna get you to India, may be your last series," Ashwin responded.

The four-match Test series is evenly poised at 1-1, with the hosts winning the first contest in Adelaide and India bouncing back in the boxing-day Test. All eyes will be on Ajinkya Rahane & co as they aim to retain the Border-Gavaskar trophy, with the fourth and final Test scheduled to begin on January 15.