Former India spinner Harbhajan Singh and captain Sourav Ganguly predicted a series sweep for Virat Kohli`s men but the visitors have fought hard and the series is tied at 1-1 with the final test to come. 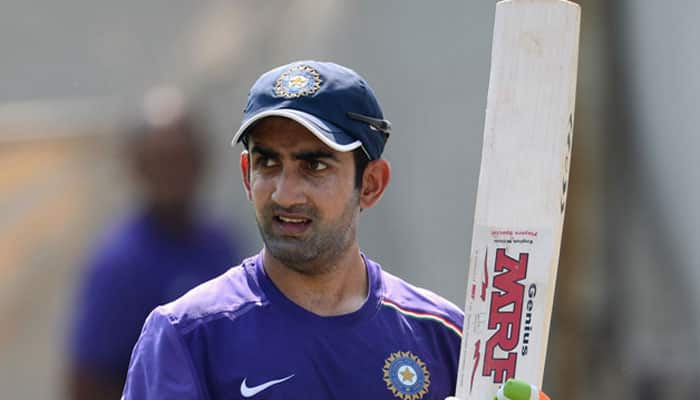 New Delhi: Australia`s test side deserve credit for impressive performances in the ongoing four-match tour of India, proving wrong a host of experts and pundits who predicted a whitewash for the home side, batsman Gautam Gambhir has said.

Australia, who lost five of their last six overseas tests against South Africa and Sri Lanka, faced the daunting task at the start of the series against an Indian outfit that were unbeaten in 19 consecutive tests.

Former India spinner Harbhajan Singh and captain Sourav Ganguly predicted a series sweep for Virat Kohli`s men but the visitors have fought hard and the series is tied at 1-1 with the final test to come.

"We should give credit to the Australian side which has played remarkably," Delhi opener Gambhir, who is not involved in the current series, told the Hindustan Times.

"Most players like Harbhajan (Singh) and Sourav (Ganguly) predicted a whitewash for India, but they have proved themselves brilliantly and with everything on the line, Australia will be a tricky opponent."

The series was slightly marred by an acrimonious row between the sides after India accused Australian captain Steve Smith of seeking advice from his dressing room over the use of the Decision Review System (DRS) in the second test.

However, Gambhir, who has played 58 tests for India, said sledging was part of the game and it was hard for players to keep a lid on their emotions on the international stage.

"It is fine to play hard and do whatever you can to upset the opposition till the time you don`t get personal," the 35-year-old left-hander added.

"These are not robots playing the game, and when you are playing for your country and there are so many expectations on your shoulder, emotions can take over sometimes."

The series concludes with the final test in Dharamsala, which starts on Saturday.

Mumbai, Saurashtra will be able to vote on rotation basis, despite loss of membership: COA