Steve Smith emerged as the standout batsman from the Australian camp in the second innings. The 31-year-old scored 55 before being dismissed by Mohammed Siraj, who also completed his maiden five-wicket haul today. 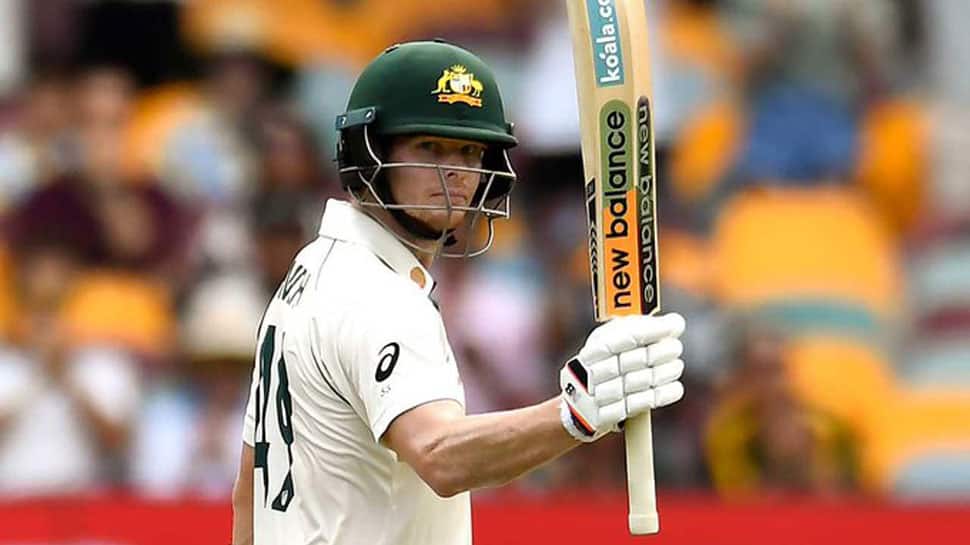 Steve Smith raises his bat after completing his half-century. (Twitter/cricketcomau)
Share:
Written By:

Steve Smith on Monday overtook legendary batsmen Sachin Tendulkar and Virender Sehwag to become the quickest player to reach 7500 Test runs in terms of innings. The former Australia skipper accomplished the feat during Day 4 of the final Test against India in Brisbane.

The Australian took 139 innings to reach the landmark, while both Tendulkar and Sehwag had taken 144 innings each to accomplish the same feat. West Indies legend Gary Sobers and former Sri Lanka skipper Kumar Sangakkara hold the fourth position. Both the cricketers had taken 147 innings to reach 7500 runs in the traditional format of the game.

Smith emerged as the standout batsman from the Australian camp in the second innings. The 31-year-old scored 55 before being dismissed by Mohammed Siraj, who also completed his maiden five-wicket haul today.

During the course of his innings, Smith also jumped into the eighth position on Australia's leading run-scorers in Tests list.

Apart from Smith, Australian opener David Warner played a fine knock at top of the order before falling short by two runs from completing his first half-century since his return after the break.

Meanwhile, India seamers Siraj and Shardul Thakur helped the visitors restrict Australia at 294. With 328 to win, the opening pair of Rohit Sharma and Shubman Gill finished the innings unbeaten with India batting at 4/0.

With just a day remaining in the contest, the Test match is heading towards a draw. With the four-match series tied at 1-1, if Ajinkya Rahane & co. save the Test then India will retain the Border-Gavaskar trophy.