The Maldives national cricket team represented the country in international cricket by making its debut in January after the ICC decided to grant full T20I status to all its members. 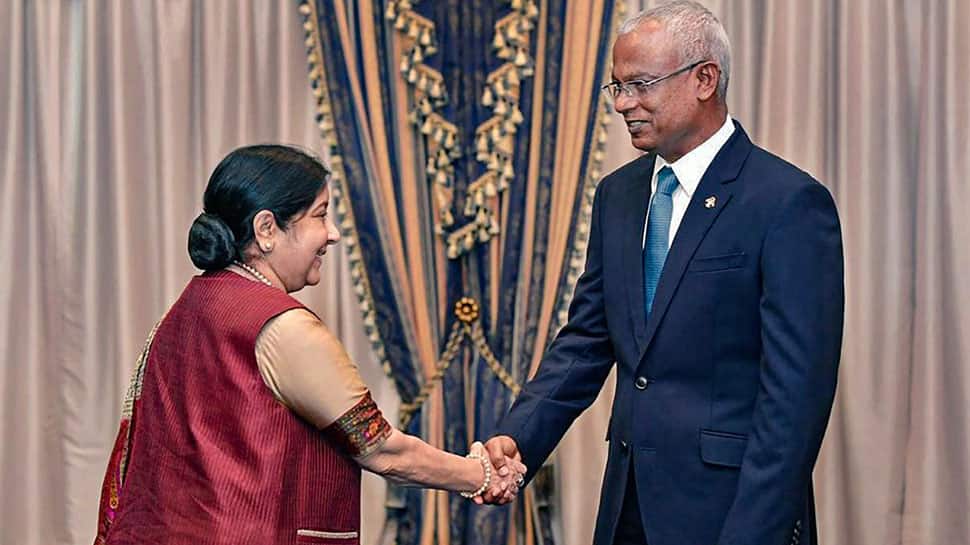 India assured the Maldives on Monday that it will 'positively consider' its request to help build a cricket stadium in the island nation, as the two countries discussed cooperation in the field of youth and sports.

Swaraj arrived on Sunday on a two-day visit, the first full-fledged bilateral trip from India to the island nation after the government of President Ibrahim Mohamed Solih came to power in November last year.

"While discussing cooperation in the field of youth and sports, the Maldivian side requested Indian assistance for the construction of a cricket stadium," according to a joint statement released at the end of Swaraj's visit. "The Indian side agreed to positively consider the request," it said.

India and the Maldives on Sunday discussed measures to strengthen bilateral ties and collaborate in the fields of defence, development cooperation, capacity building and health care.

Prime Minister Narendra Modi visited the Maldives in November to attend Solih's swearing-in ceremony who became president after defeating Abdulla Yameen, who was known to be close to China.

Indians are the second largest expatriate community in the Maldives with an approximate strength of around 22,000.