India has already won the three-match ODI series with one match yet to be played. 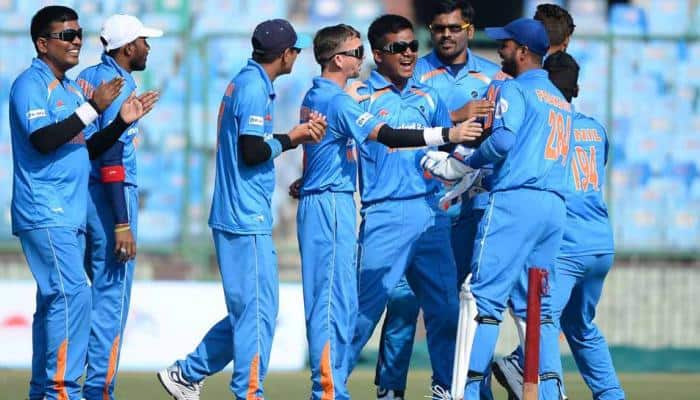 After batting first, India had a brilliant start, as the openers Deepak Malik and Venkateswara Rao, formed an 82-run partnership with Rao completing his half-century.

Rao gave away his wicket after battling 53 runs. However, India did not lose their momentum as Sunil Ramesh took the charge.

Ramesh struck regular boundaries and brought up his century. He played an unbeaten knock of 107 runs to help India post a target of 287 runs for Jamaica.

While batting, the Jamaican team failed utterly as India bowler Ajay Reddy took two wickets in the very first over. The fall of wickets did not stop and ultimately Jamaica were bundled out on just 48 runs.

Ajay Reddy, who scored 29* runs and took four wickets, was named the Man of the match. Moreover, India has already won the three-match ODI series with one match yet to be played.

The team will play their third ODI on July 25, while the second T20I will take place on July 27.

Oppo to be replaced by Byju's on Team India jersey