The Team India squad for Test series against New Zealand was announced on Friday (12 November) and yet again there were some big names missing. 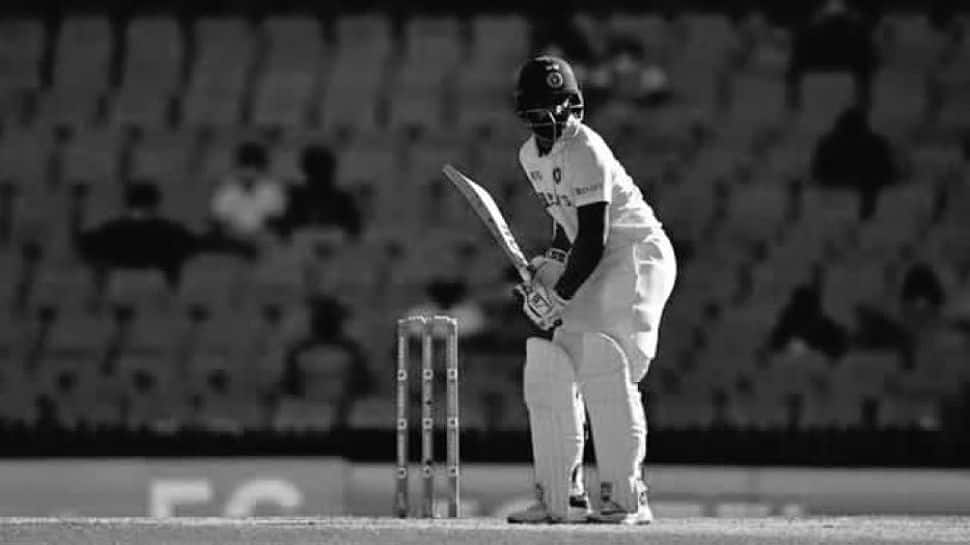 The Team India squad for Test series against New Zealand was announced on Friday (12 November) and yet again there were some big names missing.

Virat Kohli is not there and in his absence, Ajinkya Rahane will lead the side in the first Test. One assumes Kohli has been rested because nowhere in the BCCI press release it is clearly stated that he is taking rest. A foot note though suggests that. It says: "Kohli will join the squad for the second Test and will lead the side".

There are some notable omissions and additions and let's dicuss them in detail below:

Clearly, the biggest headine today in cricket news since the announcement of the Test squad for the Black Caps: Vihari dropped from Team India. Vihari, who battled a hamstring injury, to save the Sydney Test, not so long ago, by blocking the likes of Pat Cummins, Nathan Lyon, Josh Hazlewood and Mitchell Starc all day has not got a place in the Indian squad.

Since that knock, Vihari never featured for India. He was not a part of the Test series against England at home as he was nursing his injury.

It is also true that even if he had made the cut, he would not have got a game as he does not get a place in XI to give the team right balance while playing at home. In his Test career, he has played only one Test at home. All his achievements are written abroad.

Vihari was selected for the WTC final and England tour and In United Kingdom he spent four months without getting a game. Now three months later a new series comes up at home and he does find his place in the side. Needless to say, he would be hurting.

What's his fault? The BCCI selectors have not mentioned that in the press release. After cricket experts like Harsha Bhogle and fans made noise over his non-selection, it was revealed that Hanuma is actually going to South Africa to play their A team as part of India A squad.

Not to forget, the A squad was picked yesterday so this selection seems to be a cover up.

Vihari's non-selection must raise eye brows. He has always been there for team in all difficult situations. Two years ago, when the team needed an opener after KL Rahul and Murali Vijay failed on India's tour of Australia in 2018-19, it was Vihari who stepped up and opened with Mayank Agarwal which started India's revival on that tour.

Vihari has one century to his name which came on the tour of West Indies. He is the man for all conditions for India. To see his name not there is a big surprise and raises plenty of questions over who is taking the calls over selections?

If Hanuma Vihari is indeed not injured then perhaps the selectors’ memories of his selfless heroics in the last Test he played for the country are as blurred as these rather poorly taken live pictures at the SCG in January #IndvNZ pic.twitter.com/YxRio3MB4t

Shreyas Iyer gets Test call up; Still no Shaw

This is a good news as Shreyas Iyer, who has made abundance of runs in First-Class, is back into India's Test scheme of things.

He has been India's mainstay in middle order in ODIs since the 2019 ODI World Cup and with this Test call up, he gets an opportunity to showcase his temperament in the longest format of the game.

Whether Iyer gets a chance in the playing XI is another matter as there is a stiff fight for places in the team with Mayank Agarwal, KL Rahul and Shubman Gill already there. If Mayank and Gill open for India, Rahul could drop down to 4 and then there is no room for Iyer in the XI. It will be a toss-up between him and Mayank and chances are that the Indian opener might get in ahead of him due to his past record in India.

Still Iyer's call up is a big news. If he gets a chance in the upcoming Tests, he must make better use of it knowing how tough a fight there is.

At the same time, Prithvi Shaw has been overlooked again. Since his twin failures in the first Test of the Australian tour last year, Shaw has done well, albiet in shorter formats. Selectors it seems want Shaw to prove his mettle in the first-class games to earn a comeback.

Karnataka's pace spearhead Prasidh Krishna has been called up as well. He joins the starry pace department that includes the likes of Ishant Sharma, Umesh Yadav, Mohammed Siraj. Knowing how much Kohli likes fast bowlers and their speed, Krishna's selection is not surprising.

He is sharp and bowls at over 140. Has a good bouncer as well that makes him a potent weapon. His selection will keep the Indian pace battery on their toes and the management is making a statement: only the best will play for India. It will be exciting to see how Krishna goes in Test cricket for India.