This is a special drink because it contains natural-black alkaline water, which helps you stay hydrated. The ‘Black Water’ is high in pH. 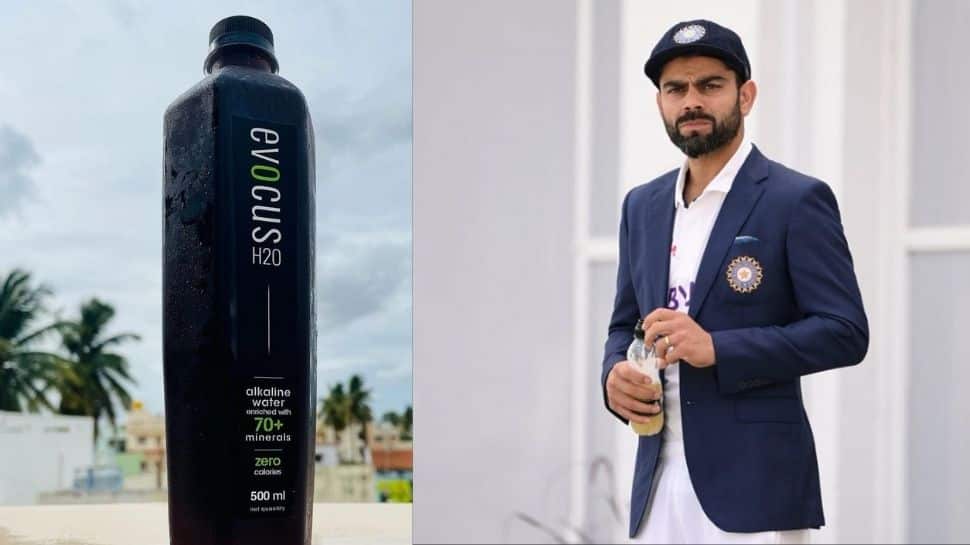 Indian skipper Virat Kohli is one of the most supremely fit cricketers in the world. Kohli has worked extremely hard to remain fit and on top of his game which has helped take Team India to the top in all three formats of the game. Turning vegan and focus on his diet has been one of the key factors in Kohli’s remarkable fitness turnaround since he make his international debut 13 years back.

The Indian captain lays a lot of emphasis on his diet which comprises water as well. This would come as a surprise for his fans that the Indian cricket captain drinks ‘Black Water’. This is a special drink because it contains natural-black alkaline water, which helps you stay hydrated. The ‘Black Water’ is high in pH. It improves immunity and helps one remain fit. It is believed that this water also improves the quality of the skin, keeps the weight under control and it also helps in reducing depression.

The price of Black Water that celebrities like Kohli, Shruti Haasan, Malaika Arora and Urvashi Rautela consume is not easily accessible to any common man. It costs a whopping Rs 3,000-4,000 per litre, according reports although some cheaper versions of the ‘black water’ are currently available in the market.

Meanwhile, the Indian team on Sunday (August 22) began training for the upcoming third Test against England in earnest with almost all its top players sweating it out at the nets at Headingley.

The visitors started practicing soon after reaching Leeds to play the third Test of the five-match series, having taken a 1-0 lead with a big 151-run win over the hosts at the Lord’s. From skipper Kohli, his deputy Ajinkya Rahane and senior opener Rohit Sharma to pacers Jasprit Bumrah, Mohammed Shami and the spin duo of Ravichandran Ashwin and Ravindra Jadeja, all the players were seen training at the nets.

Also part of the session was wicketkeeper Rishabh Pant. Kohli will be keen to win the Leeds Test and take an unassailable 2-0 lead in the rubber in which England have been found wanting on many occasions, especially their batting unit that is solely dependent on captain Joe Root.

Rahul Dravid’s NCA comes up with THIS brand new ‘innovation’