India and New Zealand will lock horns against each other in the Super 12 stages of the World Cup on Sunday at the Dubai International Cricket Stadium. Both sides will enter the contest after suffering a loss against Pakistan. 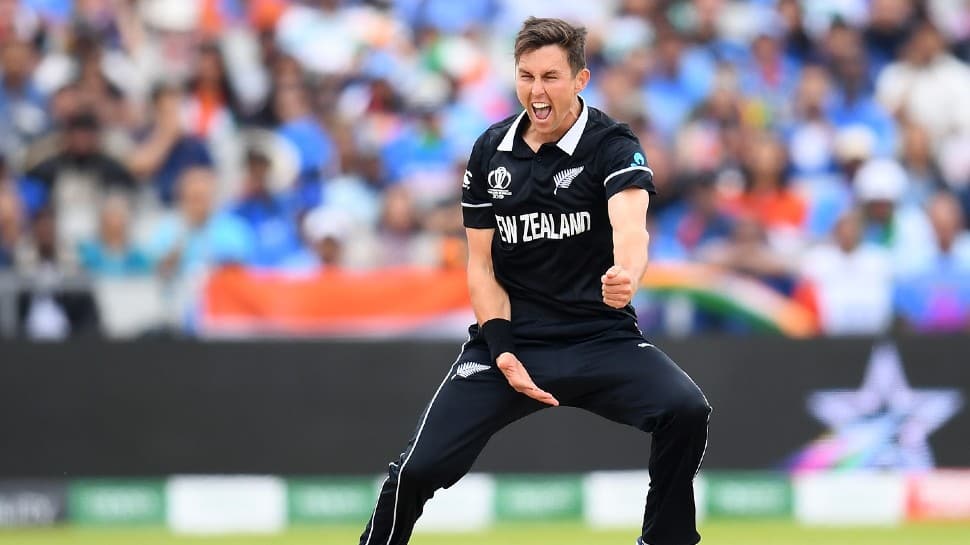 New Zealand pacer Trent Boult on Saturday (October 30) said that he is looking forward to replicating what Shaheen Shah Afridi did against India with his left-arm pace.

India and New Zealand will lock horns against each other in the Super 12 stages of the World Cup on Sunday at the Dubai International Cricket Stadium. Both sides will enter the contest after suffering a loss against Pakistan.

Shaheen Shah Afridi wreaked havoc against India as he dismissed Rohit Sharma and KL Rahul at the top before returning to dismiss skipper Virat Kohli. Boult would be looking to replicate the same against India as the left-arm pace has traditionally caused troubles for the Indian top-order.

"I suppose it depends on when I get the ball, I am not sure what the plan is with what overs certain bowlers are bowling. The way Shaheen bowled against India was amazing, but yeah India has quality batters, early wickets are the focus for us but we need to be nice and accurate of where we are trying to put the ball. Hopefully, it swings around a little bit and I can mirror what Shaheen did the other night," said Boult while replying to an ANI query during a virtual pre-match press conference.

"Boys are pretty upbeat, excited about the chance of taking on India tomorrow night. Not the best start for us against Pakistan who obviously played some pretty good cricket. Boys are excited and we are looking forward to the challenge that India brings," said the left-arm pacer.

"Whatever we do first, we need to do it well. India brings a lot of challenges, they are a quality side. But with the ball, we just need to be clear in our options on how to shut these people down and obviously give them a bigger chase as possible if we bat first. We look forward to taking it on," he added.

How do the team prepare for a new venue in Dubai after playing their first match of the @T20WorldCup at Sharjah? #T20WorldCup pic.twitter.com/vpJU4PUzwD

Giving a fitness update on Martin Guptill, Boult said: "He is pretty good, he trained fully yesterday. He is definitely a big piece of the puzzle for us at the top of the innings. He is good to go."

Most of the games this World Cup have been won by the team chasing and dew has consistently played a big role.

"It is a good question and it is hard to understand how much dew is going to come in tomorrow. From the one game we have experienced, there was not much of it. You just have to take your time to have a grip on the ball and you need to try to be accurate. It is going to be an exciting game and hopefully, some good cricket is played," said Boult.