While skipper Shikhar Dhawan admitted that he thought they were ‘10-15 runs short’, he also assessed that it wasn’t too bad in terms of recovery. 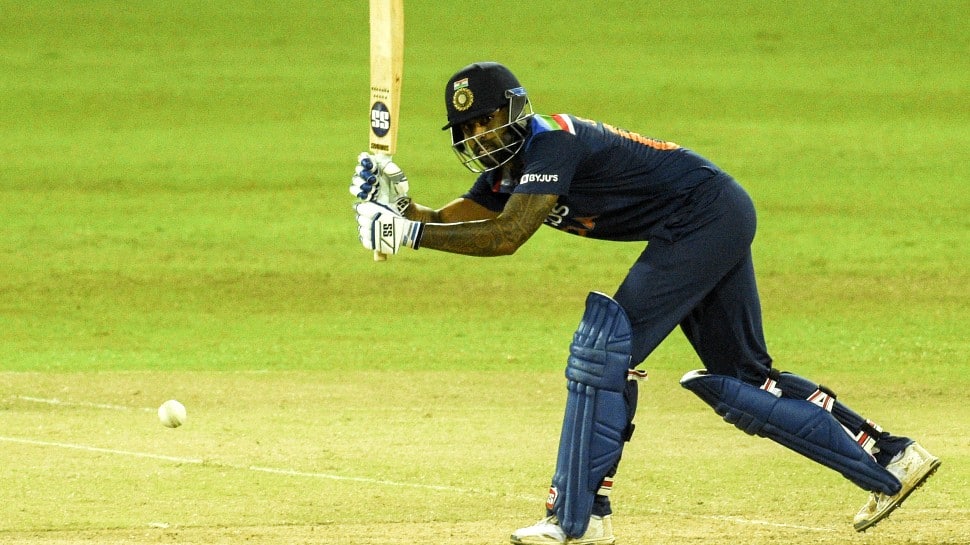 India's Suryakumar Yadav en route to scoring a fifty in the 1st T20 against Sri Lanka in Colombo. (Source: Twitter)
Share:
Written By:

Suryakumar Yadav, with his 360 degree shots, is ‘amazing’ to watch, said India captain Shikhar Dhawan after a crushing 38-run win over Sri Lanka in the first T20 International in Colombo on Sunday (July 25). Surya scored 50 off 34 balls, his second half-century in his fourth T20 International and was involved in a 62-run stand for the third wicket with Dhawan.

“He(Surya) is a great player and we enjoy watching him bat. He took the pressure from me and the way he plays calculated shots was amazing to watch,” Dhawan said at the post-match presentation ceremony.

While Dhawan admitted that he thought they were ‘10-15 runs short’, he also assessed that it wasn’t too bad in terms of recovery. “I feel we played quite well after losing early wickets. It was about one or two boundaries, we knew we could get going.”

Dhawan was confident that his spinners would do well and it was vindicated by Yuzvendra Chahal and Krunal Pandya with debutant Varun Chakravarthy doing well to make a late comeback.

“They were playing well. We knew our spinners will do the job on that wicket. Bhuvi bowled well, so was KP (Krunal). Everyone stood up and even Varun too playing his first match did well giving a few runs and got the wicket. He's (Varun) difficult to pick, I am very happy for him.”

4/22 in 3.3 overs @BhuviOfficial wins the Man of the Match award for his splendid performance in the 1st #SLvIND T20I#TeamIndia pic.twitter.com/DlV3aIK4um

Sri Lankan captain Dasun Shanaka felt that a target of 165 was gettable. “I think 164 was chaseable on this wicket. I think their bowlers upfront started really well. And then there were not enough middle-order batters to finish the game.

“I think our bowlers did an amazing job. I hope we come out and do better than this in the next game,” Shanaka commented.