The Virat Kohli-led side earlier took an unassailable 1-0 lead in the two-match series after registering a crushing 318-run win over West Indies at Sir Vivian Richard Stadium in Antigua. 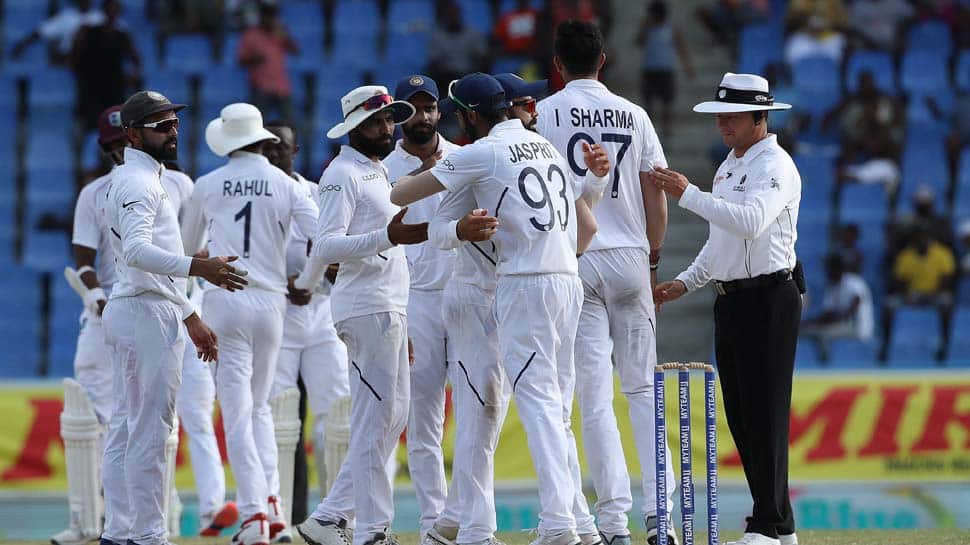 After sealing a record-breaking victory over West Indies in the opening Test, Virat Kohli-led India will look to clinch the two-match Test series when they head into the second and final match at the Sabina Park on Friday.

The Sabina Park, which is located at Kingston in Jamaica, is one of the oldest and most historic grounds of the island nation with a capacity of 20,000 spectators.

However, India's record at the venue is not that great. Out of twelve meeting between the two sides, the visitors have won only two of them while West Indies emerge victorious on six occassions. Four matches between the two teams at the Sabina Park ended in a draw.

Let us take a look at some of India's record at Sabina Park:

# India played their first-ever match at Sabina Park in 1953. Polly Umrigar, Vijay Manjrekar and Pankaj Roy all struck centuries during the then Vijay Hazare-led side's maiden Test match at the venue.

# In 2006, the vistors registered their first win at the iconic ground under the  capataincy of Rahul Dravid. He scored 81 and 68 runs in the two innings as India claimed a 49-run win in the fourth and final Test of the series.  Former Indian off-spinner Harbhajan Singh finished with a five-wicket haul in the first innings, while former cricketer Anil Kumble picked up six wickets.

# India's second and last victory at Sabina Park came in 2011 when Dravid once against shone with the bat by scoring a blistering knock of 112 during the first Test of that series against the Caribbean side. India won that match by 63 runs.

# India recorded their highest score in 2016 when they declared their first innings at 500 for nine in reply to the West Indies' total of 196 in second Test. KL Rahul (158) and Ajinkya Rahane (108) were the top scorers for the visitors.

# The visitors' were bowled out for their lowest ever total at Sabina Park in 1976 when they were bundled out for 97 in their second innings of the fourth match against West Indies. The hosts went on to win that match by 10 wickets.

# Former Indian cricketer Dilip Sardesai's ton of 212 in 1971 remains the highest score for India at Sabina Park so far. It was the opening Test of the five-match series which ended in a draw.

# Kumble's figures of six for 78 against West Indies in 2006 is so far the best bowling figures by an Indian at this venue. India went on to seal their first-ever win during that match.

Earlier, the Virat Kohli-led side took an unassailable 1-0 lead in the two-match series after registering a crushing 318-run win over West Indies at Sir Vivian Richard Stadium in A

Ambati Rayudu comes out of retirement, available for all formats