India will not be as effective as Neil Wagner in bowling bouncers: Matthew Wade

India's formidable pace attack will not be as effective as New Zealand speedster Neil Wagner in bowling bouncers during their upcoming tour of Australia, feels wicketkeeper Matthew Wade. 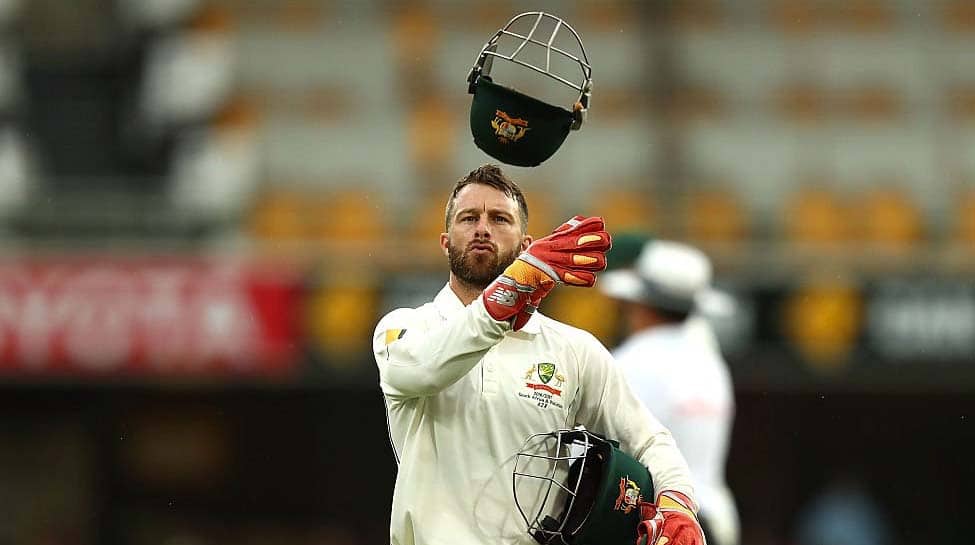 India's formidable pace attack will not be as effective as New Zealand speedster Neil Wagner in bowling bouncers during their upcoming tour of Australia, feels wicketkeeper Matthew Wade.

Wagner bowling a barrage of bouncers and dismissing Australia's three leading batsmen Steve Smith, David Warner and Marnus Labuschagne-- a combined 10 times was one of the rare positives for New Zealand in an otherwise one-sided Test series last season.

India are now preparing for a four-Test tour of Australia this summer.

"Teams may try it but I don't think it will be as successful," Wade told cricket.com.au.

"I don't think anyone in the game has bowled bouncers the way he bowled and been so consistent, and not gotten scored off while also picking up wickets.

"I think we'll see it a bit (from India) but I don't think it will be as effective as Wagner. He's done it for a long time now ? to be honest I've never faced a bowler who is so accurate at bowling bouncers."

Wade said the series against Virat Kohli's men is going to be one of the toughest challenges for Tim Paine's side since they got together as a group.

"Everyone, although they might not admit it, is looking towards that Indian series. It's going to be hard work. They (India) are a fierce team. They're as hard a team as I've ever played in terms of the way they compete.

"Led by Virat, you can see the way he goes about it on the field, you can see what it means to him and he drives all those guys, they jump on the back of him. It's going to be as big a challenge as this team has faced for the 12 months we've been together."

Though they achieved their maiden Test series win Down Under in 2018-19, India will be facing a sterner challenge when they return to face an Australian side bolstered by the presence of Smith and Warner alongside an in-form Labuschagne.

Australia have since then won the Ashes after a drawn series in England and crushed New Zealand 3-0 at home earlier this year.

Both Warner and Smith were serving their one-year ban for ball-tampering during India's last tour of Australia.