Ahead of the series, the Indian women's cricket team had found itself in the middle of a furore when ODI skipper Mithali Raj and then coach Ramesh Powar had a fallout during the semifinal of the T20 World Cup in West Indies. 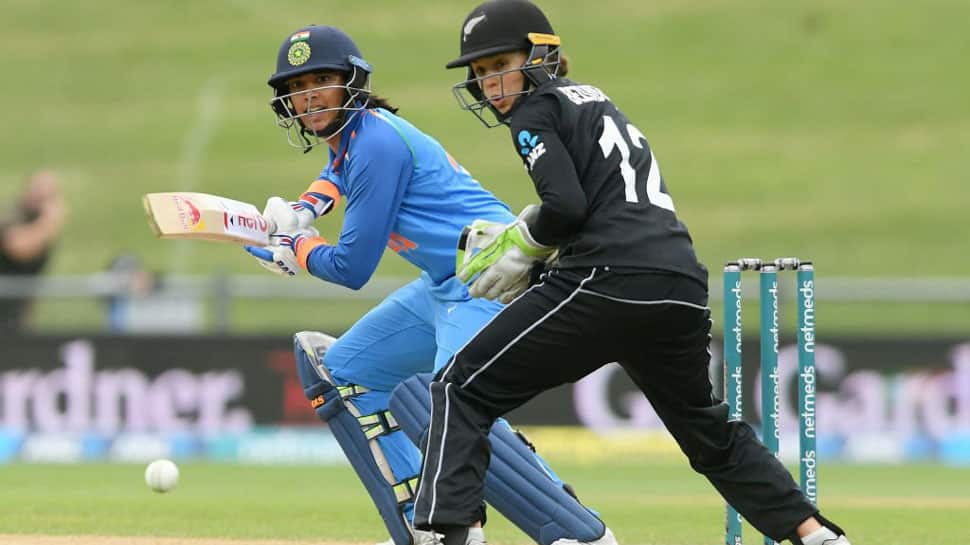 A dominant India will look to seal the three-ODI series with another collective effort and consolidate their position in the ICC women's championship table when they face New Zealand in the second one-dayer on Tuesday.

The Indian women's team put behind off-field controversies by making a superb start to the three-ODI rubber -- which is part of the ICC Women's Championship series -- thrashing New Zealand by nine wickets in the opening match.

Ahead of the series, the Indian women's cricket team had found itself in the middle of a furore when ODI skipper Mithali Raj and then coach Ramesh Powar had a fallout during the semifinal of the T20 World Cup in West Indies.

It eventually led to the exit of Powar and appointment of WV Raman as head coach.

Under Raman, the Indian team dished out a dominating performance, outclassing the hosts in all three departments in the series-opener.

The spin trio of Ekta Bisht (3/32), Poonam Yadav (3/42) and Deepti Sharma (2/27) strangled the Kiwi batswomen to dismiss them for 192 in 48.4 overs before openers Smriti Mandhana and Jemimah Rodrigues steered the side home with a 190-run stand -- India's third-best for the first wicket in ODIs.

Stylish opener Mandhana played a starring role, hitting her fourth ODI century as India overhauled the target in 33 overs to improve their position to fourth in the ICC championship table, which will determine qualifiers for the 2021 World Cup.

A win in the second ODI will seal the series and would be a fitting revenge for the Indian team, which had lost the home leg of the ICC Women's Championship series 1-2 to New Zealand during the last cycle that ran from 2014-2016.

New Zealand, on the other hand, are ranked second in the ICC Women's Championship table and are guaranteed direct entry into the 50-over World Cup being the hosts.

In the first ODI, the Kiwis have looked clueless against India, a team that ended the hosts' hope of qualifying for the knockouts at the ICC Women's World Cup 2017 and the Women's World T20 last year.

New Zealand's batting was in disarray in the opening match with most batswomen failing to capitalise on starts.

Opener Suzie Bates (36) and skipper Amy Satterthwaite (31) were the top-scorers for New Zealand in the first match and they would hope to convert these starts in the second ODI.

"We need to keep backing our abilities and play with more confidence. It is a bit of a mental challenge for us to step up against India," skipper Satterthwaite had said after the first ODI.

"Not relying on a couple of players, whole batting order needs to contribute. Also need to back all our bowlers to execute."