Put into bat, Mithali Raj steered India’s innings after India lost three early wickets with the scoreboard reading 53 in the 13th over. 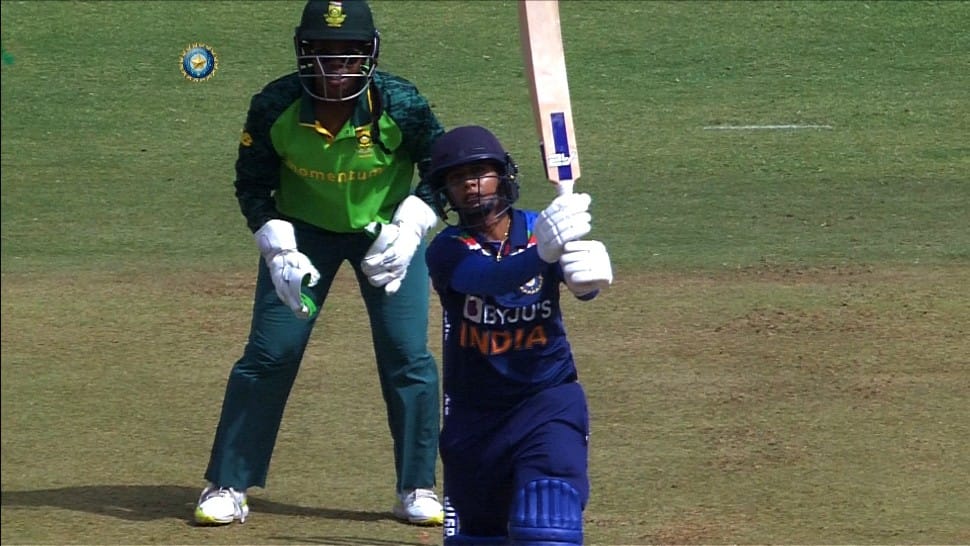 Mithali Raj played a captain’s knock by hitting a well-crafted 79 not out as India struggled to 188 all out against South Africa in the fifth and final women’s ODI in Lucknow on Wednesday (March 17).

Put into bat, Mithali steered India’s innings after India lost three early wickets with the scoreboard reading 53 in the 13th over. Together with Harmanpreet Kaur (30), who retired hurt following cramps, Mithali shared 71 runs for the fourth wicket before the former left the ground in the 31st over.

India lost opener Priya Punia (18) early before India’s star batswoman of the series Punam Raut (10) and Smriti Mandhana (18) departed in successive overs. Dayalan Hemalatha (2) and Sushma Verma (0) failed to provide the much-needed support to Mithali as the veteran Indian batter brought up her second fifty of the series and 55th overall in 78 balls in the 38th over.

Jhulan Goswami (5) and Monica Patel (9) too didn't trouble the scorers much as Mithali kept India's innings going single-handedly. Debutant Challuru Prathyusha (2) also failed to make a mark as India slumped to 176 for eight by the end of the 47th over.

Mithali was left stranded at one end as India kept on wickets at regular intervals and were bowled out in 49.3 overs. Mithali’s unbeaten 104-ball knock was studded with eight boundaries and one hit over the fence.

Medium pacer Nadine de Klerk was the pick of the bowlers for South Africa with figures of three for 35. Off-spinner Nondumiso Shangase (2/43), Marizanne Kapp (1/25) and Tumi Sekhukhune (2/26) also chipped in with useful contributions to restrict the Indians under the 200-run mark.

South Africa had already pocketed the five-match series with victory in the fourth ODI.