The players were informed about the match getting cancelled on the Whatsapp group, just hours before the toss. 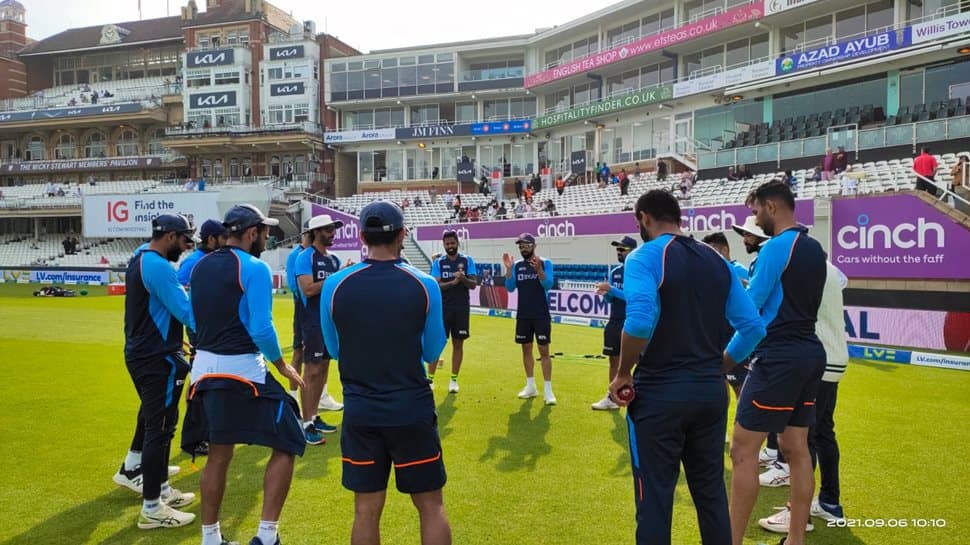 The fifth Test between India and England stands cancelled as COVID-19 once again found its way to curtail a sporting event. The respective cricket boards, BCCI and the ECB, mutually agreed on the decision, with the former even looking for possible window to reschedule the contest.

The development took place after a series of COVID positive cases emerged in the Indian camp. It all started with head coach Ravi Shastri testing positive for the virus, forcing him and three other support staffs into isolation.

As India were gearing up for the final showdown in Manchester, another positive case emerged from the Indian camp on the eve of the contest as physio Yogesh Parmar got infected. The training session was cancelled immediately and players were strictly advised to remain in thier rooms.

Such was the situation that some senior players even expressed concerns about taking the field.

Now as per a report on ESPNCricinfo the players were informed about the match getting cancelled on the Whatsapp group, just hours before the toss.

READ | India vs England 5th Test cancelled: How did the ex-cricketers react

The report stated that the first message in the group read: "The match has been called off. It's impt that each one of you stay in your room."

The team then received another message in about 10 minutes, which read: "We are unable to arrange breakfast in your room so if you want you can go to the restaurant to have your meal."