Sandeep Sharma took the prized scalp of Virat Kohli in the 5th over which gave the advantage to SRH. RCB never recovered from it and could only muster 120/7 from their 20 overs, which SRH chased down easily. 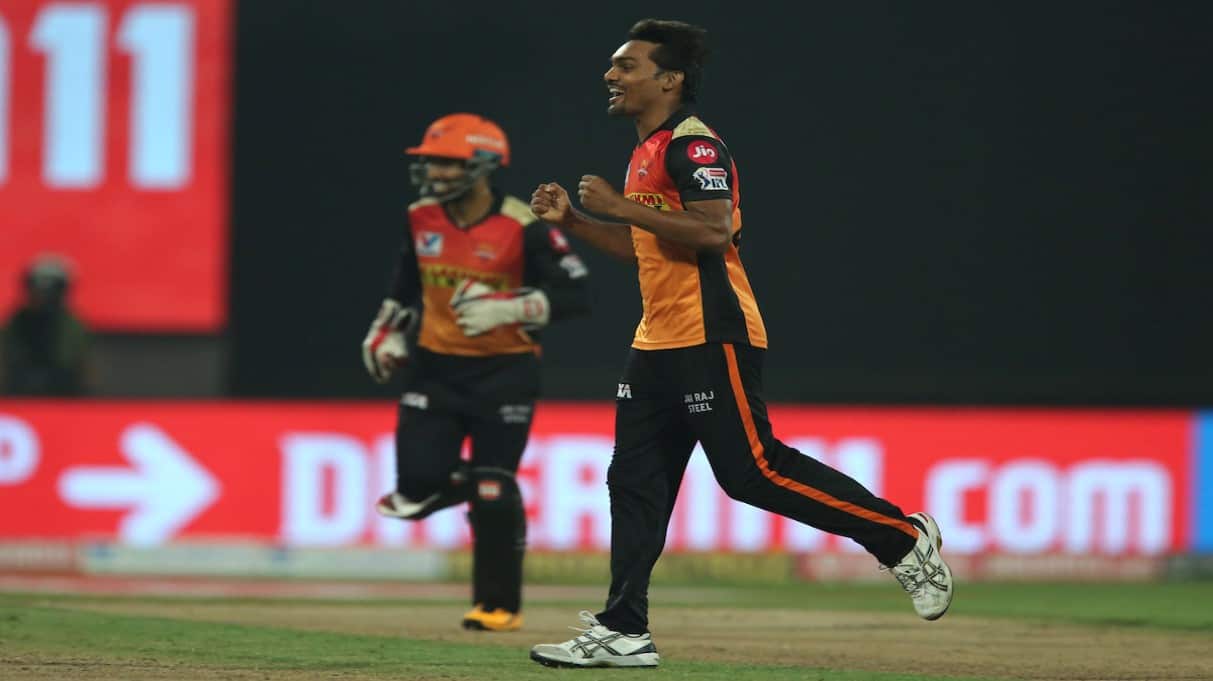 While Virat Kohli is a difficult proposition for any bowler to face, one of the very few bowlers who boasts of a good record against him is SunRisers Hyderabad’s Sandeep Sharma.

In Saturday’s (October 31) game between Royal Challengers Bangalore and SunRisers Hyderabad, Sandeep Sharma dismissed Virat Kohli for the seventh time. Sharma is thus, the most successful bowler against Kohli in IPL – a prized distinction to hold against one of the greatest batsmen in the modern game.

In a video posted on the official Twitter handle of IPL, Sharma spoke about his great record against Kohli in a chat with fellow SRH bowler Shahbaz Nadeem:

Together they got the big wickets of Virat Kohli & AB de Villiers and together they relished their big moments in a post-match chat in Sharjah.

On being asked by Nadeem as to how he does so well against Kohli, Sharma said: “My plan is to save myself and not to get him out, luckily I managed to get him out for the seventh time.“

Calling Kohli one of the greatest batsmen of all time, Sharma said “It is a confidence booster for anyone who manages to grab his wicket.”

He further revealed what Wriddhiman Saha told him from behind the stumps. “Wriddhi paji told me that Virat will try to step-out and then hit you in order to counter your swing, so if I come close to the stumps, then you won’t have to shorten your length and you would be able to bowl to Virat according to your strength.”

The move paid off as Kohli, forced to stay in his own crease, drove one straight to Kane Williamson at cover – departing for just 7.

In two consecutive overs, Sharma first clean bowled the in-form Devdutt Padikkal and then followed it up by removing the RCB skipper, Kohli to give his side the early momentum in the game. RCB never really regained momentum as they only managed 120/7 from their allotted 20 overs.

Chasing the sub-par total, SRH cruised to a 5-wicket win in just 14.1 overs after a combine batting effort. Sandeep Sharma was crowned the ‘Man of the Match’ for his brilliant display with the ball.

SRH, thus kept alive their hopes of a playoffs berth and will next face Mumbai Indians in the final league game of the season on Tuesday (November 3).